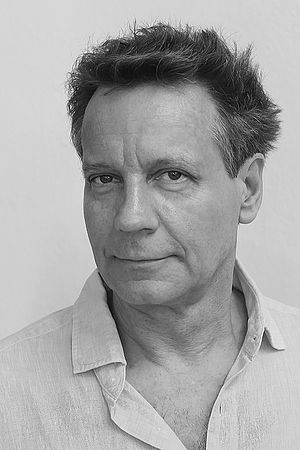 Arturo Fontaine graduated in Philosophy from the University of Chile and the University of Columbia (New York), where he was a student of Arthur Danto, the famous art critic. While there, he took an active part in the literary workshop directed by Manuel Puig, with whom he struck up a friendship, and also in the seminars given by poets, including Derek Walcott, Joseph Brodsky and Seamus Heaney. On his return to Chile, he participated in José Donoso's workshop and at the same time taught seminars on Aesthetics at the University of Chile. Novelist, essay-writer and poet, he is considered to be one of the authors who best represents the new Chilean fiction. His literary articles have been published in magazines such as Letras Libres, El Mercurio and Nexos. In August 2017 is elected member of the Academia Chilena de la Lengua.

A tale of violence, lofty ideals, and moral ambiguity

Set in the darkest years of the Pinochet dictatorship, La Vida Doble is the story of Lorena, a leftist militant who arrives at a merciless turning point when every choice she confronts is impossible. Captured by agents of the Chilean repression, withstanding brutal torture to save her comrades, she must now either forsake the allegiances of motherhood or betray the political ideals to which she is deeply committed.

Arturo Fontaine’s Lorena is a study in contradictions—mother and combatant, intellectual and lover, idealist and traitor—and he places her within a historical context that confounds her dilemmas. Though she has few viable options, she is no mere victim, and Fontaine disallows any comfortable high moral ground. His novel is among the most subtle explorations of human violence ever written.

Ranking with Roberto Bolaño and Mario Vargas Llosa on Latin America’s roster of most accomplished authors, Fontaine is a fearless explorer of the most sordid and controversial aspects of Chile’s history and culture. He addresses a set of moral questions specific to Pinochet’s murderous reign but invites us, four decades later, to consider global conflicts today and question how far we’ve come.

"[A] masterpiece...(A) lucid and moving novel... Fontaine's eloquent and coherent achievement... surpasses his national and Latin American cohort...Peerless as testimony, infinitely, memorable as a reassessment of memory's role in narrative, La Vida doble is a model and in myriad ways a closing statement for authenticating historical periods. ...A whirlwind of self-estrangement, ideologically virtuous obsessions, bold sexuality, unalloyed grief, bottomless invectives... and, above all, page-turning psychological suspense." Will Corral, World Literature Today

"The first pages of La Vida Doble are so powerful, of such truly convulsive dramatic composition, that it seems almost impossible for the story to maintain the tension until the end. Nonetheless, the truth is that almost all the novel’s action scenes regain the electrifying atmosphere of the beginning, making the reader live through extraordinary suspense and emotion. . . . A novel that as a whole shows great ambition, a very serious documentary undertaking, and a great dexterity in structure and style. It should be read in one sitting, and one emerges from its pages quiteshaken." Mario Vargas Llosa

"An extreme and intense immersion into the ‘heart of darkness’ that was Pinochet’s Chile. This is not for the faint of heart, but it is a very powerful and honest look at the human cost of extreme politics." Ray, Blackwell’s Bookshop Oxford

This is the story of the awakening of a teenager from a wealthy family: Emilio Cavajal. Most of the time he resides in Santiago de Chile, where he studies in a religious college, but he also spends long periods of time in a farm inherited from his father's family. There, in contact with nature and with day laborers, he perceives class differences for the first time and witnesses how social order starts to dissolve.

“...an ambitious and profound novel which covers all the secrets of Chilean society.” Mario Vargas Llosa

After the success of his novel, Fontaine surprised everyone with something totally different: poems along the lines of a negative mysticism, i.e. poems-prayers to a god that doesn’t exist. “No podemos decir la palabra/por eso todas las demás”. Tu nombre en vano is a thoughtful book which explores religiousness from the point of view of its absence and is constructed in the tradition of the psalms and mystic poetry.

Poemas hablados is a collection where the monologues of different persons take precedence.

“Fontaine wants to restore the light, the shadow and the lost sense of intimacy, weaving together the most vulnerable elements into his text: memory and speech." Roberto Merino