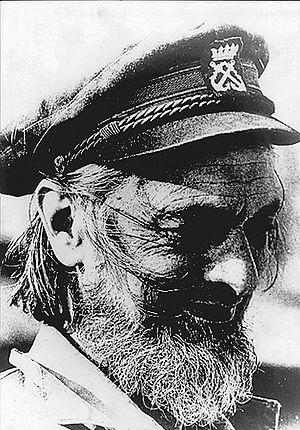 Carlos Barral was a poet and editor. His poetry linked him to the generation of Jaime Gil de Biedma, José Agustín Goytisolo and Pere Gimferrer. As editor at Seix Barral, he changed a family firm focussed on text books into one of the respected publishers in Europe. He published young writers who were to spearhead new Spanish fiction, such as Juan Marsé and Eduardo Mendoza, and created prizes, including the “Formentor” and “Biblioteca Breve” prizes, which made authors such as Mario Vargas Llosa, Alfredo Bryce Echenique and Julio Cortázar more widely known in Europe.

The life of Carlos Barral, the Barcelonian writer and editor who was the driving force behind the Latin American “boom.”

A poet from a very young age, Carlos Barral wrote some of the best poems of his generation. He was part of what is known as the generation of the 50s as well as the Barcelona School, whose members assumed the intellectual command of the left wing and took on the committed role of fighting Franco’s regime in the political arena. In 1950, Barral found himself at the head of the publishing house his father shared with the Seix familia: “Seix Barral”.

His work as an editor gave a momentous boost to the literature of his time. He created the “Biblioteca Breve” Prize, which helped discover hitherto unknown writers, including such important authors as Luís Goytisolo, Juan Marsé, Juan García Hortelano, Luís Martín Santos and Juan Benet. Among many others. And among those other Biblioteca Breve prizewinners was a young man named Mario Vargas Llosa who won with La ciudad y los perros (published in English as The Time of the Hero) in 1962. This marked the beginning of one of the most important editorial and cultural phenomena of the twentieth century, the Latin American boom. From that groundbreaking award on, Carlos Barral continued to fan the flames of the boom, now considered an important aspect of his impressive legacy.

A witness to his singular era and a leading player in countless “cultural adventures,” he also took the time to chronicle his memories in three books that reflect his journey through life: Años de penitencia (1975), Los años sin excusa (1978) and Cuando las horas veloces (1988). In them we discover the life and thoughts of a man who was a protagonist in the political and literary history of his country.