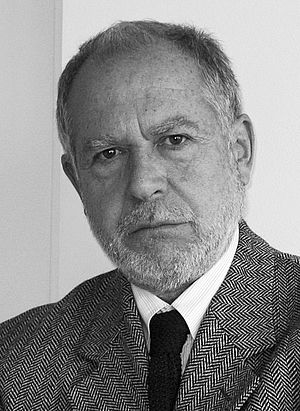 A Chilean writer who attended José Donoso’s literary workshops. As a biographer, he wrote Todo debe ser demasiado (Everything Must Be Too Much) (1998), about Delia del Carril, and La vida intranquila (The Restless Life) (1999), a stunning biography of Violeta Parra. As a storyteller, he’s published Aire visible (Visible Air) (1993), La novela de Amanda Romo (The Novel of Amanda Romo) (2000), and the short story collection Guantes amarillos (Yellow Gloves) (2013).

Sáez has also enjoyed an illustrious career in the world of cultural management. He is currently the Director of the Pablo Neruda Foundation.

A biography full of sensitivity that explores the extraordinary life of an uncommon woman.

"Beauty, an element trapped by the deep sensitivity of a woman who feels ugly, is eagerly sought, rescued and put in its place, imprisoned in her work. Beauty is what moves us of her words, written down in songs, verses and letters, in the colours of her strokes on tapestries and paintings, in the volumes and lines of objects manufactured from clay, wire and paper.” (From Una vida intranquila. Biografía de Violeta Parra.)

A stunning biography of the turbulent, hectic and unpredictable life of Violeta Parra, daughter of southern Chile, of cold, poverty and discrimination. Violeta Parra was an extraordinary, tenacious and independent woman who stood out in every art she undertook. She was a singer, guitarist, painter, weaver, poet and folklorist. She also left behind a legacy that speaks for itself. In this magnificent book, Fernando Sáez gives us a solid, well-documented biography of the fascinating world of this incredible woman, sister of the well-known Chilean poet Nicanor Parra.

“The clash between the scholar’s gaze and Violeta’s self-perception of her own work is highly productive (…) A key text whose writing manages to convey the complexity, intensity and originality of this fundamental figure in our artistic tradition.” Ana María Baeza Carvallo, Revista Nomadías

"This well-written novel, in addition to unravelling the truths of high society and its decadence, puts us face-to-face with one of the great voices in Chilean literature." María José Figueroa