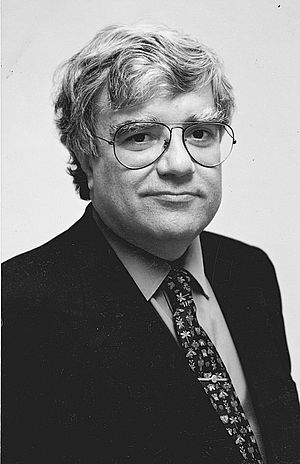 Although he is an IT expert by profession, having worked as a consultant for various multinationals, Ildefonso Arenas has also developed a dual career as an author, writing both under his own name and a pseudonym. His most successful book is the monumental work Álava en Waterloo. His novels are based on exhaustive historical research. With regard to his second literary identity, he prefers to keep that a secret.

This is the story not only of Goeben, but also of the man who commanded it; the story of a man who, acting on his own, under his own criteria, changed the destiny of the world.

The chronicle of an invincible army

Guillem de Tous becomes one of the five thousand Almogavar mercenaries who, after disembarking in Constantinople, wage n e a rly ten years of uninterrupted wars, destroying Anatolia, Thracia, Macedonia and Thessaly and defeating armies four or five times their size. Contrary to their enemies' belief, the Almogavar are not an insignificant band of mercenaries bent on murder, rape and plunder, but an army chasing a dream: a state of their own in which to settle down. This utopia will come true in Athens, where the Catalan flag will fly for nearly a century.

This book, which is based on historical events and does not contradict a single one, accurately reflects the unlikely, extraordinary political and military events that took place during the first eight years of that prodigious Catalan feat.

At the age of 19, Libuse joins the entourage of Katharina Friederike Wilhelmine Benigna von Biron, better known as the Duchess of Sagan. With her exceptional intelligence and unusual talent for chess, young Libuse is soon appointed the Duchess’ private lectrice, or reader. Libuse accompanies her mistress to Europe’s major palaces and becomes a privileged witness to the everyday life of an extraordinary woman: admired for her beauty and intelligence, the Duchess of Sagan was one of the wealthiest women of her time. She led a life of excess and luxury, had lovers of the stature of Wellington, Metternich, and the Czar, and was a friend to Talleyrand. Some even claim that she helped cause Napoleon’s downfall from behind the scenes.

Through General Álava, the Spaniard who became Wellington’s closest assistant, the reader attends the Congress of Vienna, where the major European powers met to discuss territory splits, finantial compensations, and strategies for rebuilding Europe after the Napoleonic Wars. Figures such as Talleyrand, Metternich, Castlereagh and Czar Alexander I spent months there, diving their time between meetings, gallant parties, and a variety of love affairs. Influential women of the period, such as Dorotée de Talleyrand, the Duchess of Sagan, and the Princess of Chimay are also featured.

The author paints a vivid picture of the entire cast of characters, and unravels the intrigues that united and divided them. Special attention is devoted to Sir Arthur Wellesley, the Duke of Wellington, who plays a critical role by confronting Napoleon after he flees Elba with the intention of reconquering Europe.

The Ottoman Empire allied with Germany and Austria-Hungary in World War I. That resulted, among other catastrophic consequences, in the war lasting two years longer than it should have, the two Russian revolutions of 1917 and the Bolshevik dictatorship, the genocide of the Armenian people, fifteen million dead, and the dismemberment of the Ottoman Empire, with the birth of a myriad of new states in the Middle East whose social, economic and political instability remains unresolved a century later.

If in the dawn of World War I the German battle cruiser SMS Goeben, isolated in the middle of the Mediterranean, had not dodged with its audacity and cunningness the French and British navies, to seek refuge beyond the Dardanelles, nothing of all of this would have happened.

This is the story not only of Goeben, but also of the man who commanded it; the story of a man who, acting on his own, under his own criteria, changed the destiny of the world.

The riveting story of the Third Reich’s best Spanish pilot

In 1813, the Iron Cross became the most highly esteemed military decoration for a Prussian soldier. Starting with the Great War, this became the case for German soldiers. Anyone could be awarded one, regardless of their nationality or social class. The only requirement was to perform acts of supreme heroism, first while fighting for the Kingdom of Prussia, and later for the German Empire.

During World War II, a higher grade of this medal was created, the Knight’s Cross of the Iron Cross. Of more than seven thousand Knight’s Crosses awarded by the Third Reich, forty-four went to non-German soldiers. However, only forty-three of their names were recorded. Cross forty-four was awarded to a Spanish pilot whose name did not appear in any Spanish Navy archive. He served in the Luftwaffe and achieved over two hundred air combat victories, several with the Condor Legion, the Israeli Chel Ha'Avir and the Katanga Air Force.

This novel tells the riveting tale of this born pilot, a mercenary who enjoyed life to the fullest and gave everything to fly planes.

“A thrilling story told with painstaking rigour in terms of aeronautical and military terminology, so that its tone makes it something like The Kindly Ones for the Luftwaffe.” Jacinto Antón, Babelia-El País, 19/05/2017

A coming-of-age novel where it’s not about reaching the top, but everything else.

A computer geek with a brilliant future, Kjell Oscarius’ plans to become a millionaire at 24 are ruined by his obligation to serve his country when his mandatory military service can no longer be postponed.

Bribes can’t save Kjell from duty as a general’s chauffeur, a high-risk occupation in the 90s when military vehicles were a prime target for the terrorist group ETA. The shadow of terrorism and his tumultuous relationship with Ena –who bears a strong resemblance to his fetish actress Françoise Dorléac– will finally force Kjell to sacrifice his own interests and risk growing up.