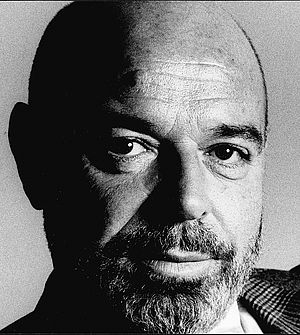 Jaime Gil de Biedma was a poet who did not write a great deal, but whose work is of a very high quality, making him one of the most influential poets of the second half of the twentieth century He belongs to the “50s group of poets” (as does Carlos Barral, his great friend) and to the literary movement referred to as “poetry of experience” - a concept that he himself introduced into Spain during the sixties. He has also written essays and memoirs. His collected poems - Las personas del verbo - contains less than a hundred poems, but its influence reaches beyond his generation and it is now one of the most widely read and imitated books of poetry.

The poetry of Jaime Gil de Biedma captures the mood of post-civil war Spain and of cosmopolitan Barcelona, where the poet belonged to a celebrated literary movement within the antifascist resistance. His poems are ironic and urban, satiric and unusually Mediterranean. The poet profiled in his poetry—defiant, self-mocking, with a nostalgic tango in the background—has become a legendary figure in the long struggle of the Spanish emerge from the dictatorship modern and free.

In addition to being one of the best Spanish poets of the 20th century, Jaime Gil de Biedma was an extraordinary prose writer and a lucid, courageous literary critic. Under the title El pie de la letra, the poet himself published the first edition of his collected essays in 1980, in a sequence that actually comprised an intellectual autobiography. From his early years, through the formulation of the aesthetic programme on which he would base his own poetics, the journey continues into his mature years. He gradually stopped writing poetry, but continued to cultivate his literary criticism with risk and relish.

In his ever-memorable style, capable of addressing all areas of literary and life experience, Gil de Biedma studies masters such as Lord Byron, Baudelaire, T.S. Eliot, Jorge Guillén and Luis Cernuda, and salutes contemporaries such as Carlos Barral, Claudio Rodríguez and Juan Marsé. He also describes the Barcelona nights of his time, remembers the years of his youth at Oxford, and recounts a visit to Picasso at his home in the south of France, never abandoning the motto he coined for himself: “He who reads for pleasure, read me not.”

In addition to the essays added to the second edition in 1994, this new definitive edition, annotated and extended by Andreu Jaume, includes a number of scattered texts, some of which have never been featured in a volume, others strictly unpublished. Together, these complete the works of an indispensable intellectual.