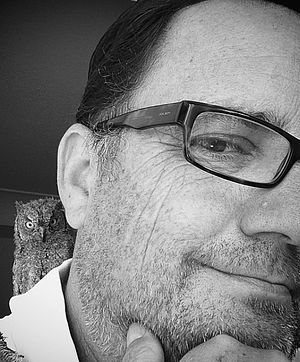 Javier González gained a degree in law from the Complutense University, and worked as a lawyer until 1986 when he began a career in the advertising sector. He is currently the director-general of the Madrid-based advertising agency, Solución. His second novel, La quinta corona, has been published in various countries with excellent international sales figures. The rights to Navigatio had already been sold in various countries (Portugal, Poland, Holland, Greece and Romania) before it was published in Spain.

The greatest advertising campaign in the history of the Catholic Church

In the year 1578, some catacombs were accidentally discovered in Rome. Pope Gregory I took this as a sign from heaven, and concocted an ingenious plan to consolidate the Catholic faith, now under threat from the Protestant Reformation: the remains found there would be presented as relics of martyrs and be exhibited all over Europe.The expedition, commanded by the dashing Captain Moncada, consists of a young cook, a feisty group of nuns, a squad of Swiss Guards, and an eccentric theatre company. Together they travel halfway around Europe with a macabre spectacle of skeletons and magic, negotiating hazards and difficulties to carry out this strange Papal mission.

El viaje de los cuerpos celestes is a thrilling adventure novel inspired by a true story: the greatest advertising campaign in the history of the Catholic Church.

Winter of 185. The Members of the Manterola-Guillemard Royal Expedition venture into a gigantic inactive volcanic crater on Fernando Po Island. They do so in compliance with the bizarre and disturbing "Reserved Instruction Nº. 14", signed by the queen. Autumn of 1622. On his deathbed, Páez, a Jesuit missionary in modern-day Ethiopia, composes a secret letter to the head of the order. In it, he reveals the incredible story of Elá Abá Okiri, a boy kidnapped by the Queen of Sheba's slave traders on a faraway island in the Gulf of Guinea. Summer 1986. Jorge Salvatierra prepares for the lats exam of his degree in Madrid's old Military Casino building. There he meets the colourful Coronel Monistrol, his tutor, and the rest of the strange inhabitants of the old Casino, a ragtag group of men in their seventies with a single dream: to Return to Guinea. Only Jorge, accompanied by Claire, will manage to piece together this enigma, overcome all the difficulties, and discover the secret hidden for centuries in the bowels of an inactive volcano. A thrilling adventure story.