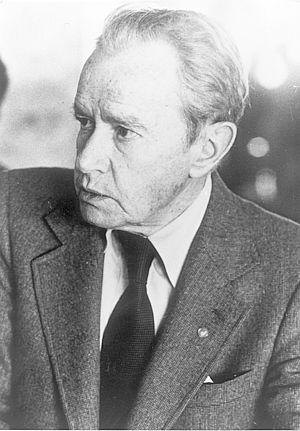 Juan Rulfo spent his childhood in an orphanage in Guadalajara. He later moved to Mexico City, where he worked as an auditor at the Faculty of Philosophy and Letters. A great scholar of the culture and history of his country, a keen traveller and photography fan, Juan Rulfo needed to write just two books to establish himself as one of the giants of Spanish literature. With the publication of his book of short stories El llano en llamas, he became one of the most distinguished names in Mexican contemporary literature. His only novel, Pedro Páramo, was published in 1955. He had worked on it for more than a decade before its publication, and the work fully consolidated his reputation as one of the most significant authors in universal literature. Hailed as a landmark in magic realism, the work of Juan Rulfo feeds off both traditional Hispanic American narrative and the main innovators in Western literature such as Joyce, Faulkner and Woolf.

The Golden Cockerel is the legendary lost novella from Juan Rulfo, published in Spanish for the first time in 1980.

With the novella are collected several sketches and other writings, most of which speak to Rulfo’s preoccupations, chief among them death. “Death is immutable in space and time,” one reads. “It’s just death, without contradiction, not standing in contrast to absence or to presence.” Even so, the narrator warns, it’s bad form to make others weep when you go underground: “It’s a rebuke that endures and that weighs on those who have died.”

"A masterful storyteller whose dark view of the world isn’t entirely cheerless or without humor and who deserves to be better known." Kirkus Review

“Among contemporary writers in Mexico today [1959], Juan Rulfo is expected to rank among the immortals.” —The New York Times Book Review

A legendary classic of magic realism and the most important Mexican novel ever written.

Swearing to his dying mother that he'll find the father he has never met, a certain Pedro Páramo, Juan Preciado sets out across the barren plains of Mexico for Comala, the hallucinatory ghost town his father presided over like a feudal lord. Between the realms of the living and the dead, in fragments of dreams and the nightly whispers of Comala's ghosts, there emerges the tragic tale of Pedro Páramo and the town whose every corner holds the taint of his rotten soul.

"A simplicity and profundity worthy of Greek tragedy ... Wuthering Heights located in Mexico and written by Kafka." –Guardian

"That night I didn't sleep until I'd read it twice; not since I had read Kafka's Metamorphosis in a dingy boarding house in Bogotá, almost ten years earlier, had I felt so thunderstruck." –Gabriel García Márquez

"Pedro Páramo is not only one of the masterpieces of twentieth-century world literature but one of the most influential of the century's books." –Susan Sontag

A major figure in the history of post-Revolutionary literature in Mexico, Juan Rulfo received international acclaim for his brilliant short novel Pedro Páramo (1955) and his collection of short stories El llano en llamas (1953). In the transition of Mexican fiction from direct statements of nationalism and social protest to a concentration on cosmopolitanism, the works of Rulfo hold a unique position. These stories of a rural people caught in the play of natural forces are not simply an interior examination of the phenomena of their world; they are written for the larger purpose of showing the actions of humans in broad terms of reality.

"Juan Rulfo's fifteen tales of rural folk prove him to be one of the master storytellers of modern Mexico.... Rulfo has an eye for the depths of the human soul, an ear for the 'still sad music of humanity,' and a gift for communicating what takes place internally and externally in man." –Houston Post