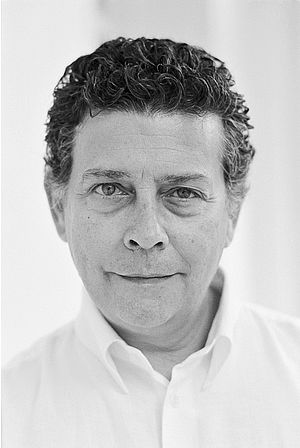 The son of Spanish parents, Julio Murillo moved to Catalonia when he was four years old. He currently lives in Santa María de Palautordera, a town in the area of Vallés Oriental. He is a writer, journalist, publicist and designer who has coordinated and directed radio programmes, advertising campaigns for important brands and various creative consultancy projects. He has also contributed to numerous journals and media, including El País, Ajoblanco and Rock de Luxe. A passionate fan of history, a subject to which he dedicates all of his free time, he has published six historical novels to date, the first of which, Las lágrimas de Karseb, was shortlisted for a literary award, the Premio de Novela Histórica Alfonso X El Sabio.

HENRY GAUMONT’S placid existence is seriously disrupted by three dramatic and unexpected events: his mother’s death, the loss of his job at a major French advertising agency, and his wife’s betrayal which leaves him penniless.

Expelled from the paradise of professional and personal success, Henry realizes that his life is over. However, after an unsuccessful suicide attempt, his luck seems to change. A distinguished art dealer offers him a fantastic job, and he meets an enigmatic and beautiful woman, with whom he falls in love. Meanwhile, his former boss and his ex-wife are found murdered. It doesn’t take long for Henry to suspect that none of this is coincidental, and that both his luck and the successive crimes are orchestrated by a select and inaccessible intellectual circle.

A disturbing black thriller set in a blind spot beyond good and evil.