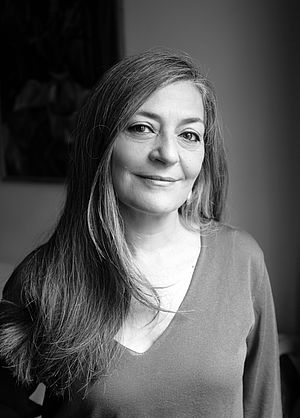 Olga Merino studied IT and completed a master’s in Latin American history and literature in the United Kingdom. During the 1990s, she worked for five years in Moscow as a correspondent for the newspaper El Periódico, experiencing the transition from the Soviet regime to a market economy. This episode inspired her first novel, Cenizas rojas, which was lauded by critics. Five years later, Espuelas de papel once again demonstrated her interest in portraying social transformations and the recent past, a theme that she has continued to explore in her more recent works. In 2006, she was awarded the Premio Vargas Llosa NH for Las normas son las normas, which deals with the victims of the Crimean War. She still works for El Periódico today, and also teaches at the writing school of the l’Ateneu Barcelonès cultural centre.

His aging father’s illness forces Anselmo to take care of him at a time in their lives when they have nothing left to talk about. Gone are the days in the shoe and orthopaedics workshop in Tetuán, where shadows hide the secrets that will tear the family apart. Anselmo flees to the capital, where he tries his hand at becoming a Flamenco singer and dancer. However, he soon discovers that his place, in the bleak, miserable Spain of the dictatorship, is in the underworld of marginalisation.

A fascinating novel that paints a masterful picture of the self-destruction of a family clan in a dark Spain.