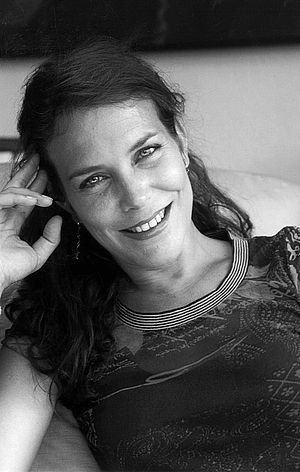 Paula Izquierdo, who holds a doctorate in psychology, has always worked closely with the dissemination of culture. She has written various novels, collections of short stories, essays, and some translations, and is a regular contributor to various publications, including Letra Internacional and Revista de Occidente. She is in charge of the project Voces Escritas (“Written Voices”) at the Instituto Cervantes, an archive of audiovisual contents on the most important authors in the Spanish language. Her work has been translated into various languages, and in the year 2000 she was awarded the National University of Distance Education (UNED) Premio de Narrativa Breve.

Late 16th century. Castile has annexed Portugal by order of Phillip II, but internal tensions between the monarchy, the Church, and the nobility threaten the stability of the Crown. In this context, Ana de Mendoza, Princess of Éboli and the king’s former lover, is jailed by the monarch himself in the Pinto Tower, suspected of secretly loving another man. King Phillip’s jealousy and madness become increasingly irrational, and the hardships and humiliations suffered by the princess, “one of the most powerful women in Spain”, are beyond all reason. Her confinement, which will last more than a decade, is the origin and reason for this Diary, the confessions of an enigmatic, passionate, and genuinely feminist woman who struggles with solitude and the repression of an impossible love until she faces memory loss and eventually the fateful ravages of physical and mental illness.

El Diario oculto de la princesa de Éboli, imagined by Paula Izquierdo from the most sincere intimacy, is a Castilian ode to aristocracy and the crumbling of a lost world. But it is also a strange song, sometimes fragile, sometimes firm, to the loss of freedom and the suffering brought about by unconditional love.