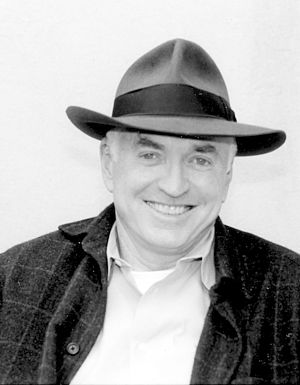 Over the last four decades, William C. Gordon has worked as an officer in the United States Army, a bar owner, a photographer and lawyer in California. At the age of 69 he left all that behind to embark on a full-time career as a writer. It was his wife, the popular Chilean writer Isabel Allende, who encouraged him to write crime fiction. Having published five novels which have been translated into more than a dozen languages, William C. Gordon is considered by critics to be one of the last authors of the classic detective novel: his works preserve the key features of the genre and revisit the style of the 1960s.

Sixth in a series of noir mysteries featuring newspaper reporter Samuel Hamilton, Unfinished confronts the question, how much hurt can be repaired when betrayal, kidnapping, and violence touch a person's life? The story opens with the kidnapping of a young boy―the third such kidnapping within a short period―only now it's the son of Emma Sheridan, a French émigré, widow of a Vietnam veteran, and someone to whom Samuel owes a huge emotional debt. This time it's personal.
While Samuel engages in his usual relentless job of pursuing the kidnapper, the narrative illuminates the lives and experiences of an exotic cast of characters, Emma Sheridan, whose life has been a series of losses, Emma's eccentric but resourceful son Alain, the wise and compassionateArgentinean therapist Ana Cejas, and then there are the suspects and perpetrators, driven by their own perverse needs.

The body of a well-dressed young man is found in San Francisco's City Hall. Killed by multiple gunshots from an unusual foreign pistol, the mystery is further compounded by the fact that the victim had his fingerprints surgically removed. The search for the murderer leads newspaper reporter Samuel Hamilton through the Mayor's office into a gritty underground world of gunrunners and overseas to Jordan, Israel, and the Mossad, the Israeli intelligence agency.

Fifth in a series of noir mysteries featuring newspaper reporter Samuel Hamilton, The Halls of Power explores corruption at the top of the money chain in San Francisco in the early 1960s. The work teems with eccentric characters: hardboiled cops and immigrant workmen, prosperous businessmen, but especially the albino sage, Mr. Song, who brings a form of vigilante justice when the system stops working for the people of Chinatown.

On a cold and gloomy morning the mutilated body of Armand Hagopian, a prosperous Armenian businessman is found hanging from the gate of his toxic dump. The implacable finger of the law points to the decedent's illegal Mexican workers, but crime reporter Samuel Hamilton, with the nose of a bloodhound and inexhaustible tenacity decides to investigate the death on his own. Samuel, with the help of Janak Marachak, the atttorney for the accused, uncovers a sordid world of ancient revenge and violence.

A noir mystery set in San Francisco, The Chinese Jars follows Samuel Hamilton, an ad salesman for the local newspaper, as he investigate the suspicious death of a casual acquaintance. The unraveling evidence leads him through a maze of traffickers in Chinese antiquities to Mister Song's Many Chinese Herbs store. Mr. Song is a powerful man in his neighborhood, and his vessels are a safe place for Chinatown residents to deposit money and documents.