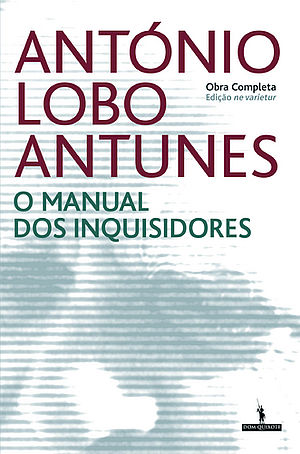 António Lobo Antunes's eleventh novel chronicles the decadence not just of a family but of an entire society  –a society morally and spiritually vitiated by four decades of totalitarian rule. In this his masterful novel, António Lobo Antunes, "one of the most skillful psychological portraitists writing anywhere, renders the turpitude of an entire society through an impasto of intensely individual voices." (The New Yorker)

The protagonist and anti-hero Senhor Francisco, a powerful state minister and personal friend of Salazar, expects to be named prime minister when Salazar is incapacitated by a stroke in 1968. Outraged that the President (Admiral Américo Tomás) appoints not him but Marcelo Caetano to the post, Senhor Francisco retreats to his farm in Setúbal, where he vaguely plots a coup with other ex-ministers and aged army officers who feel they've been snubbed or forgotten. But it's younger army officers who in 1974 pull off a coup, the Revolution of the Flowers (so called since no shots were fired, carnations sticking out of the butts of the insurgents' rifles), ending 42 years of dictatorship. Senhor Francisco, more paranoid than ever, accuses all the workers at his farm of being communists and sends them away with a brandished shotgun, remaining all alone –a large but empty shadow of his once seeming omnipotence– to defend a decrepit farm from the figments of his imagination.

“The Inquisitor’s Manuel is not so much an allegory of fascism as an anatomy of the way it penetrates societies. . . . Arrogance, brutality, moral squalor—much here is reminiscent of another anatomist of tyranny’s intimacies, William Faulkner. . . . Motives that seemed clear mutate into their opposite; villains and victims change places, then change places again; ironies mount, and with them the force of the blows they deliver.  The story takes shape like a painting, its pattern gradually emerging as the artist traverses and re-traverses its surface. . . . Personal nightmares become national tragedies, in turn breeding new and ever fiercer nightmares.” William Deresiewicz, The New York Times Book Review

“A brilliant performance.  Too often, novelistic treatments of life under a dictatorship are unrelentingly bleak, but Lobo Antunes’s witnesses are wonderfully diverse in their testimonials:  Some are bitter, but others are funny, sarcastic or simply clueless. . . . Together, they provide a panoramic view of recent Portuguese history that is impressive both as a work of art and as a condemnation of fascism.” Steven Moore, The Washington Post

“Antunes creates voices with a scrupulous, authorial neutrality. . . . He also has created a character in Senhor Francisco . . . as complex in his cunning, blindness, selfishness and casual brutality as King Lear.” Thomas McGonigle, The Los Angeles Times

“In this, perhaps Lobo Antunes’s blackest novel to date, what impels the reader through the hopeless, loveless landscape he paints is the sheer energy of the writing, the scalpel-sharp eye for physical and psychological detail and the parade of vivid characters voicing their discontents and desires.” Margaret Jull Costa, Times Literary Supplement