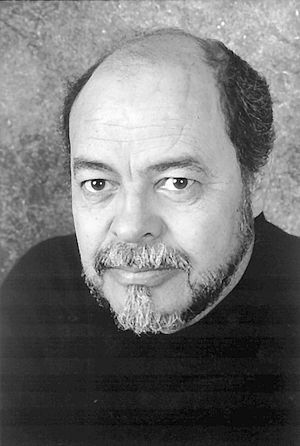 Hilario Godínez does not have God’s forgiveness. He tells himself this again and again. And it’s because he’s a loser, an idealist who chose to study letters out of a weak and unjustified literary vocation. He now writes the sports column for a newspaper in a northern Mexican town, El Sol de Hoy, and can look forward to an unstimulating professional future. His love life is no more satisfying. Shortly before his fortieth birthday, his most stable relationship is with a stranger who’s been writing him love letters for fifteen years. This mediocre, predictable existence is shattered when hitmen hired by a dangerous drug trafficker burst into the newsroom where he works in retaliation for reporting the discovery of a dismembered corpse. When more bodies are found, Hilario is prompted to take a step forward in his life and investigate these crimes on his own, until events eventually catch up with him.

Hitmen, savage murders, bets, betrayals and revenge come together in this “polar” tale of extreme violence and dark humour. Antonio Sarabia offers a surprising portrayal of today’s Mexico, a cruel world where there’s still space for love and hope.

“From the historical novel to the noir novel, not to mention fantasy, Sarabia has gone through numerous genres without limiting himself to any of them.” René Solis, Délibéré

“A story that is read with great pleasure due to the quality of the anti-hero created and the mysteries surrounding his love life." Nyctalopes blog

“Antonio Sarabia surprises us with his luminous style and the masterful construction of his characters. A novel that makes a small place the epicentre of an entire country." Qué Tal París