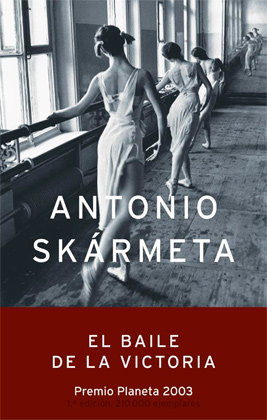 El baile de la victoria / The Dancer and the Thief

A story of politics, ballet, and a spectacular heist by a reluctant master thief and his eager young protégé.
With prisons overflowing in Chile, the president declares a general amnesty for all nonviolent criminals. Ángel Santiago, a youth determined to avenge abuse he received in jail, seeks out the notorious bank robber Nicolás Vergara Grey, whose front-page exploits won him a reputation he would rather leave behind. Their plan for an ambitious and daring robbery is complicated by the galvanizing presence of Victoria Ponce, a virtuosic dancer and high-school dropout whose father was a victim of the regime. Praised for his “ability to place a personal story in the context of a national upheaval and make it warm, funny and universal” (San Francisco Chronicle), Antonio Skármeta sets this exuberant love story against the backdrop of the new Chile, free from the Pinochet dictatorship but beholden to the perils of globalization.