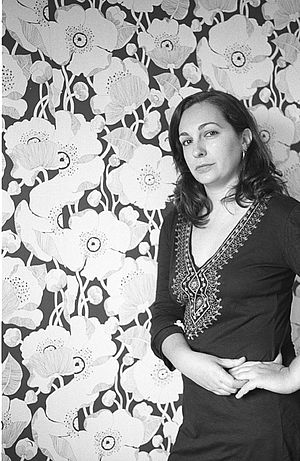 Two teenagers, friends and rivals, united by a sinister and terrible event.

The destinies of Desiré and Yésica are forever linked together when one of them is kidnapped. Yésica, the beautiful, intelligent girl who gets the best grades in high school, is abducted when leaving a concert, while Desiré, who is quite the opposite, returns home safe and sound on that night.

The kidnapping shocks the Barcelona popular neighbourhood where the teenagers belong. For years there is no trace of Yésica, until one day, when no one expects to find her alive, she reappears. She is a new Yésica, not at all like the innocent, perfect girl from before, and she refuses to recount the hell she has been through.

Only Desiré seems remotely capable of understanding her and being her friend. Since the day of the kidnapping, she has not been able to recover her old self either.

Encargo reads with the addictive suspense of a crime novel and the spine-chilling tension of a horror story, but unlike these there is no place in it for police enquiries or the exploration of evil. All the attention is focused on the victims, on the everyday lives of two ordinary teenagers shaken by terror.

"[...] a disturbing story that explores some of the darkest corners of the human mind and the ambiguity of feelings." Librotea, El País

“Encargo brings together a coming-of-age story and a tale of mystery and suspense, a story about teenagers, the vicissitudes of prison life, a traditional comedy and a drama. [...] Thus, Berta Marsé's descent into the enigmas of the human heart brims with anecdotal and emotional grit.” Santos Sanz Villanueva, El Cultural

“In En jaque I highlighted “the subtlety of her methods”, and this subtlety appears in Encargo too, because it is the key to all her writing. […] Her prose is always attractive and captivating.” J.A. Masoliver-Ródenas, La Vanguardia

“A surprising novel that focuses on the unusual union and disunion of two girls. A storyline with an unexpected layout and a no less unexpected outcome." Jorge Herralde