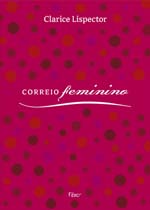 Clarice Lispector began writing for the press in 1940, three years before publishing her first novel, Near to the Wild Heart, and continued to write for newspapers and magazines on and off until two months before her death in 1977. Together in a book for the first time, the texts from her early days address a wide range of subjects, from childrearing to beauty treatments, from remedies against mice to the search for happiness, from choosing a perfume to moral dilemmas. She spoke of everything, from trivial to transcendental subjects, with disconcerting ease.