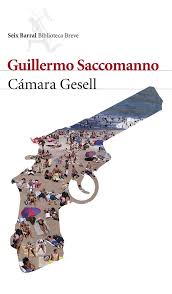 Winner of the 2013 Dashiell Hammett Award

A cruel and ruthless radiography of our time, a ruthless portrait of a world that resembles hell

At first glance, La Villa is a tranquil, provincial seaside town, where nothing ever happens except in the summer months, when the hordes of tourists descend. But a closer look at La Villa and a handful of its residents will reveal the process of putrefaction eating away at the community’s social and moral core. Living happily side by side in La Villa are political and police corruption, drug trafficking, murder across the board, racism, homophobia, sexual abuse, domestic violence, suicide, misery... Countless small stories that go to make up an unsparing, brutal mosaic that strips bare the hypocrisy of an entire country.

“A choral, savage, and ruthless work, considered to be the great Argentine social novel.” Europa Press

“Through a skillful weaving of characters and plotlines, coming together like a completed puzzle, Saccomanno has crafted a monumental novel where individual stories unnerve us while building to the unexpected and explosive finale.” El Mundo