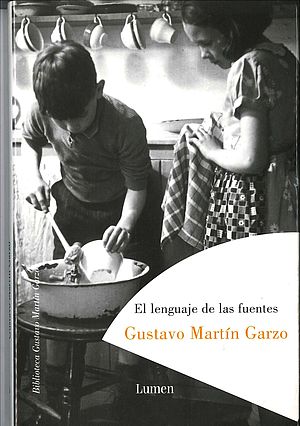 El lenguaje de las fuentes / The Language of the Fountains

An old man remembers his life, his love for Mary and all the amazing events to which he was an exceptional witness and had to accept without asking questions. Martín Garzo restores the most human side of the figure of Joseph in all its depth: the torment of a being who is forced to participate in transcendental events that escape his understanding.

Turning Mary and Joseph into the characters in a story of passion, possession and fury, in which the shadows of angels prelude or accompany desire and disaster, is just one of the merits of this novel by Gustavo Martín Garzo. The style is admirable too, displaying an extraordinary clarity, rigor and irony that forces the reader to approach this well-known story from an unusual, disquieting perspective.

“In just one hundred pages, Martín Garzo has created an unusual and disturbing, original and beautiful story.”—Ignacio Echevarría, El País

“[..]Gustavo Martín Garzo writes with great grace and elegance, rebuilding the story of someone who had a story, but a hidden one, eclipsed by everything much more important and “spectacular” in the lives of Jesus and his mother.”—Givoanni Nardi, La Nazione