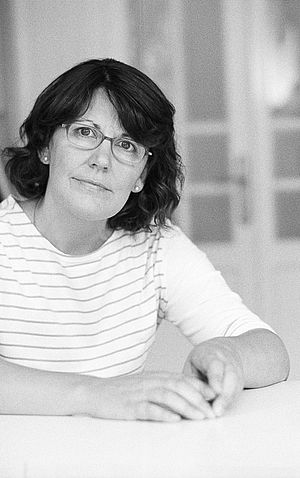 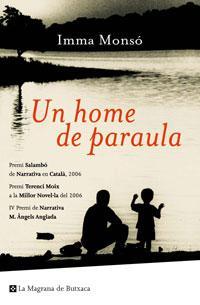 Un home de paraula / A Man of His Word

An autobiographical novel that holds nothing back

A young writer faces the sudden death of the man with whom she has shared the happiest years of her life. In order to rebuild her life, she writes the chronicle of that love and of that death: the result is a story both brutal and tender, tragic and fun, told with passion and without sentimentalism. A genuine and unusual tale that will move its readers.

“But what I wanted was to live absolute love, a love that would be enough in and of itself, a complex, rich, difficult love, beyond which nothing more was needed. Because it would all be there. Everything in one basket: physics and chemistry, music and logic, descendants and transcendence. There would be no shrewd met-ing out of the wealth of my love, no way: I wanted to satisfy each one of my numerous and demanding appetites in the same person, and then everything would be for him. I wanted it all in one person, one single shelter, everything safe there. It had to be that way, or not at all.”

“Imma Monsó has created a universal story based on the most personal of experiences.” Albert Sánchez Piñol

“I admire Imma Monsó's prose, above all for the irony that holds sway over her arguments and for her brilliant use of the possibilities of language.” Maria Barbal

“Un hombre de palabra [A Man of His Word] it is neither a novel nor a memoir, though in its own way it is both and more: above all, it is an impassioned, lucid, fierce and hilarious declaration of absolute love to her dead husband and an impassioned, lucid, fierce and hilarious howl of pain for her dead husband, but also a form of grieving and a reflection on the way in which the dead live on in those who are still alive, and an exorcism that only comes to a close when the dead person has become the survivor's second skin, in “a memory that, when you look at it closely, is very similar to forgetting.”  Excerpt from an article by Javier Cercas, “When The Pendulum Stops,” El País Semanal

“Un hombre de palabra [A Man of His Word] is a moving, intelligent and tumultuous book. It's a candid and sincere text that helps understanding the complexities of grief.” Rosa Montero