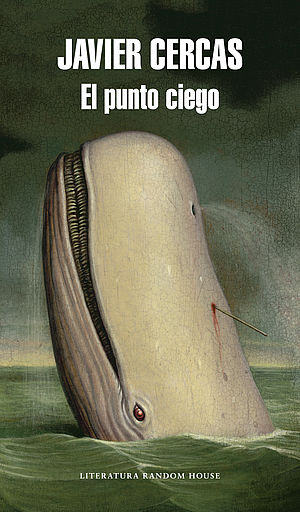 A key book for understanding the narrative of our time.

The blind spot is an area of shadow, a territory of delicate but unequivocal delimitation: it concerns the essential question contained in some of the great literary classics. What does the whale Moby Dick represent? Is Don Quixote really crazy? Is Josef K. innocent or guilty? Who kills the Slave in The Time of the Hero? Any restless reader turning the last page of these novels will come up with multiple answers and interpretations. These touch on the very enigmas of existence, and can therefore never be resolved with a single, definitive answer. This unsolvable mystery, which escapes the control of the reader and even the authors themselves, gives rise to a masterly formulation of literary theory destined to become canonical.

This essay is based on lectures delivered by Javier Cercas as part of the Weidenfeld Chair Lecture Series at Oxford University.

Starting with Don Quixote and his own experience as a writer, Cercas launches out into a consideration of the most challenging fiction of the last hundred years, from Kafka, Borges, Perec, Calvino and Kundera, to Sebald, Coetzee, Barnes, Foster Wallace and Knausgård. First, he defines and celebrates certain aspects of the novel in the twenty-first century which are also features of Cervantes' masterpiece: its essential irony and ambiguity, its total commitment to innovation, its natural, joyful and omnivorous desire to cram the whole world within its pages, and its intricate concern with fiction and reality. Then he moves on to consider the actual meaning of the novel, the uncertain and discredited role of the writer as intellectual, and the role of the reader in the creation of a form whose aim is to tell the truth by telling lies.

The result is a dazzling short book which provides a new interpretation of novel from Cervantes and Melville to the present, and which will be as stimulating for readers and writers of literature in the twenty-first century as E. M. Forster's Aspects of the Novel or Milan Kundera's The Art of the Novel were in the last.

“Don Quixote does not resolve whether Quixote is or isn’t mad, anymore than The Trial tells us what crime Joseph K. has committed. The answers to these questions, like the retina’s blind spot, must be supplied by the reader’s own brain, who thus becomes an active creator of the novel’s meaning, replenishing with his living memory, his own values and his own understanding, the indeterminate space that the novel leaves open”—Domingo Rodénas, El Periódico

"..both scholarly and accessible, driven by Cercas’s enthusiasm, and provoking, for like the novel form itself Cercas’s worrying away at defining its possibilities is infinitely entertaining. [...] Intelligent, refreshing and a bracing look at what is a novel, what lies at the core of some of the great novels and with just enough of Cercas’s autobiographical thoughts to point you towards reading his own novels." –James Doyle, Bookmunch