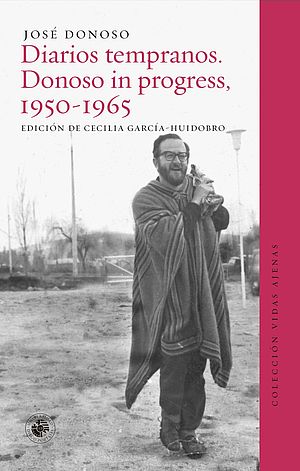 An obsessive kaleidoscope about the ghosts of creation.

We’ve grown so accustomed to casual show business confessions that we’ve come to believe that diaries are a place for recording one’s darkest secrets. However, in the case of a full-blooded writer like José Donoso, his notebooks naturally contain an abundance of work troubles, creative dilemmas, trial writings, corrections, and crossed-out text.

Since his youth, Donoso was a tireless diarist, and roughly eighty notebooks in his own handwriting are preserved today. These are divided into two collections, one at the University of Iowa and the other at Princeton. In her book, Correr el tupido velo (Drawing a Thick Veil), his daughter, Pilar Donoso, covers the diaries from the second period. This volume, edited by Cecilia García-Huidobro, focuses on the diaries from the first period (1950-1965), which record the Chilean writer’s early creative babblings and tireless self-exploration in search of a literary identity. In Diarios tempranos. Donoso in progress, we witness the miraculous intimate life of an author who is bubbling over with enthusiasm, who never gives up, who tries again and again and spurs himself on with a sentence that paints a full-body self-portrait: “I’m dying to write".