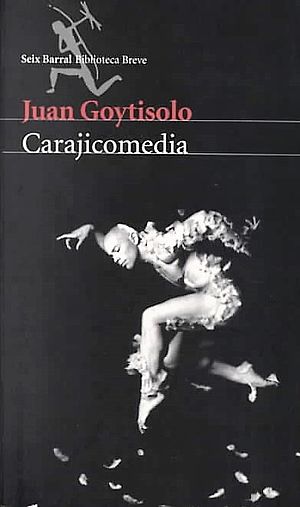 In A Cock-Eyed Comedy Father Trennes is like Virginia Woolf’s Orlando, a spirit of the age moving through several centuries of Spain’s history. His most recent incarnation is as an Opus Dei—the conservative right wing Catholic organization—religious leader in present-day Spain, whose conformity Goytisolo delightfully savages.

A cast of real people and invented characters, including the philosopher Roland Barthes. Jean Genet, and the Argentine writer Manuel Puig, are mixed up in a literary and historical melting pot. A Cock-Eyed Comedy is a transgressive dark comedy with a significant message about religion and sexuality.

"Goytisolo delivers. While he's busy poking fun at nearly all of us reading his novel, he's also pulling back the veils of religion, politics, sex and gender we all enjoy wearing." The San Francisco Chronicle