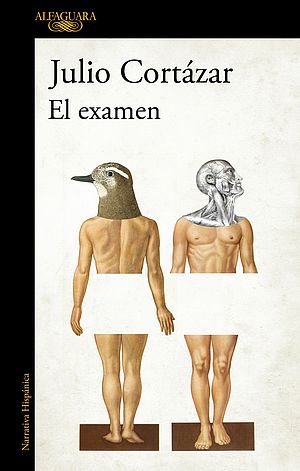 One of Julio Cortázar's great early novels. "Anyone who doesn't read Cortázar is doomed."―Pablo Neruda

In its characters, themes, and preoccupations, Final Exam prefigures Cortázar's later fictions, including Blow-Up and his masterpiece, Hopscotch. Written in 1950 (just before the fall of Perón's government), it is Cortázar's allegorical, bitter, and melancholy farewell to an Argentina from which he was about to be permanently self-exiled. (Cortázar moved to Paris the following year.)

The setting of Final Exam is a surreal Buenos Aires, dark and eerie, where a strange fog has enveloped the city to everyone's bewilderment. Juan and Clara, two students, meet up with their friends Andrés and Stella, as well as a journalist friend they call "the chronicler." Juan and Clara are getting ready to take their final exams, but instead of preparing, they wander the city with their friends, encounter strange happenings in the squares and ponder life in cafés. All the while, they are trailed by the mysterious Abel.

With its daring typography, its shifts in rhythm as well as in the wildly veering directions of its characters' thoughts and speech, Final Exam breaks new ground in the territory of stream-of-consciousness narrative techniques.