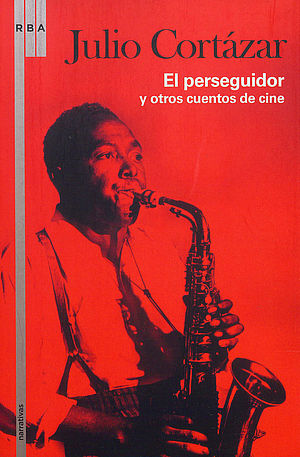 Julio Cortázar is undoubtedly one of the Spanish-language authors with the most film adaptations. This volume rescues four of the author’s best stories that also inspired movies that became classics. The collection begins with Los buenos servicios (At Your Service), the inspiration for Monsieur Bébé, directed by Claude Chabrol. It also includes the splendid Las babas del diablo (The Droolings of the Devil), which inspired Michelangelo Antonioni’s unforgettable Blow-Up, and El perseguidor (The Pursuer), which many critics regard as his best story. Cortázar himself considered it a shorter version of Hopscotch that anticipates and contains all the ingredients and problems present in his famous novel. El perseguidor shares a core plot with Bird, directed by Clint Eastwood. The last story in the collection is Autopista del sur (The Southern Thruway), one of the author’s best-known stories, which was made into two films by none other than Jean-Luc Godard (Weekend) and Luigi Comencini (Traffic Jam).