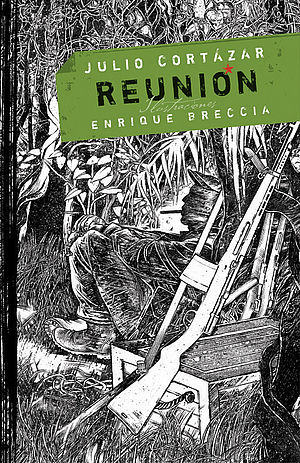 Reunión describes the difficult days following Granma’s disembarkation on the coasts of Cuba, where Ernesto Guevara emerged as a revolutionary fighter. Through vivid first-person narration, the voice of “Che” evokes those exhausting days among the mangroves, the adversities he faced along with his brothers at arms, and his baptism by fire at the battle of Alegría del Pío. The intensity of Reunión, its epic tone constructed with emotions, shows the incomparable talent of Julio Cortázar, who was able to portray all the human depth of one of the most admired figures of the 20th century. Illustrations by Enrique Breccia recreate the most exciting moments in this story.