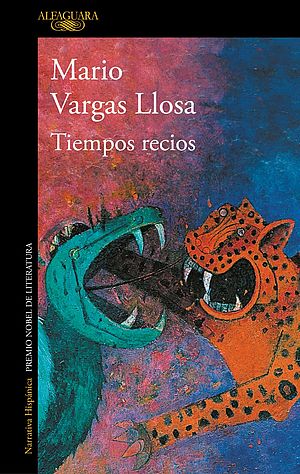 A great political novel on a par with The Feast of the Goat.

Guatemala, 1950s. In spite of his efforts to establish a solid, lasting democracy, President Jacobo Árbenz is falsely accused by the United States’ propaganda machine of being a communist and a Soviet link in Latin America. Behind his back, a coup d’état is being planned, involving the Eisenhower Administration, the CIA, the dictator of the Dominican Republic, Leónidas Trujillo (nicknamed The Goat), and a mediocre general, Carlos Castillo Armas, designated as the puppet who will take command of the country.

Political espionage, contract killings, betrayals, and a femme fatale known as Miss Guatemala: the Central American underworld is brimming with characters worthy of a fast-paced thriller. They are the living history of a country and a decade when Guatemala embodied the impossible dream of modernisation that marked the history of much of Latin America in the 20th century.

A gripping, revealing novel that directly addresses recent history, conceived with the resources of the best novelist.

“The author shows greater mastery, if that’s possible, than in La Fiesta del Chivo and the novel is a prodigious mechanism that invites the readers to let themselves be carried away amidst the suspense and sense of fate, just as history carries us all away, perpetrators, witnesses and victims.” José-Carlos Mainer, Babelia, El País

“Tiempos recios brings back a vigorous narrator and intellectual who shows an exemplary commitment to the great human cause of justice and freedom. […] As in every good historical novel, documented reality goes hand in hand with fiction and the events are supported by solid human stories.” Santos Sanz Villanueva, El Cultural, El Mundo

“Tiempos recios, a return to the best of Mario Vargas Llosa. The twenty-first novel by the Peruvian Nobel Prize for Literature retrieves his literary obsessions: political conspiracy, the resistance of the individual and a deep examination of power.” RPPNoticias