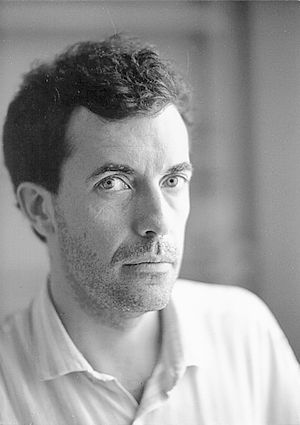 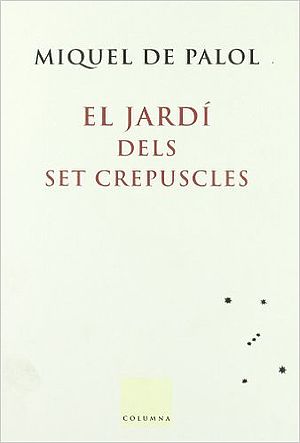 Barcelona 2024. As Europe is devastated by an atomic war, a small group of people –all of them members of the Catalan high bourgeoisie– manage to flee and go into hiding near de Pyrenees. Here they take refuge in a strange castle hidden in a rock and surrounded by a magic garden. In this castle reigns an atmosphere of excessive and fantastic luxury, it is the perfect place in which to escape the spectre of the war by the telling of a stories.

El Jardí dels set crepuscles (The Garden of the Seven Twilights) is a rich mosaic formed by stories linked to a variety of genres –philosophical, historical, romantic, symbolist, science-fiction, detective–, a complex literary device, full of cultural references and allusions, that exudes the pleasure of writing and the enjoyment of narrating. The reader needs only to surrender to a delightful read –one that cannot possibly exhaust the pleasures of a book that evokes the tradition of Works such as The Thousand and one Nights, The Decameron, The Canterbury Tales, of a book that had been considered by critics as a masterpiece of contemporary world literature.

"Since it’s origins, the novel has vacillated between the poles of restraint and capaciousness, the formal discipline of Flaubert or Jane Austen and the catch-all approaches of Sterne or Pynchon. Palol is a rarity in the landscape of present-day Catalan letters for his unswerving devotion to the latter approach." Words without borders