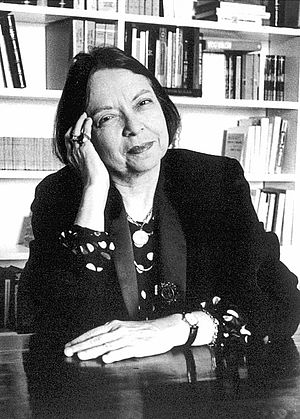 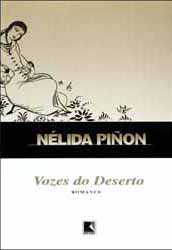 Vozes do deserto / Voices of the Desert

From one of Brazil’s most beloved writers, a magical tale of lust, power, betrayal, and forgiveness set in the royal court of thirteenth-century Baghdad: a sumptuous retelling of the legend of Scheherazade that illuminates her character as never before. In exquisite prose, Nélida Piñon transports us from the Caliph’s private sanctum to the crowded streets of the forbidden marketplace, to the high seas of imagination, and to Scheherazade’s innermost life, as she weaves her tales night after night.

As the novel opens, the Caliph, betrayed by the Sultana, vows to take his revenge on the women of his kingdom by marrying a different virgin each night and executing her at dawn. Born into privilege, a daughter of the Vizier, Scheherazade decides to risk her life by marrying the Caliph, in an effort to save the women of Baghdad.

Every evening, in an amorous battle devoid of love, Scheherazade succumbs to the Caliph’s advances, and every night, with the help of her devoted sister Dinazarda and her loyal slave Jasmine, she entices the Caliph with her storytelling, unfurling accounts from the desert, the tundra, the bazaar, the golden-domed mosques. Scheherazade gives herself entirely to her characters, speaking as both man and woman, capturing the call of the muezzin, the speech of the caravans, the voices of the scattered tribes from the Red Sea to Damascus. The Caliph, unable to sate his curiosity, prolongs her life each day, desperate to hear how her stories will end. As Scheherazade brings him the tales of his people, he begins to question his cruel mandate and his own hardened heart, until, finally, Scheherazade discovers how to live out her story in a way that not even she could have imagined.