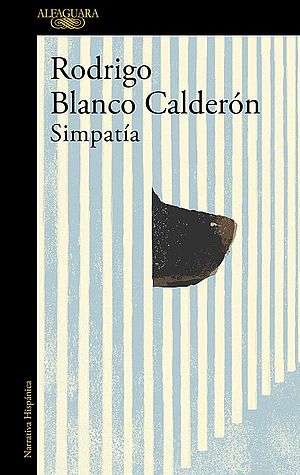 Proof of the chaos and misery that plague Caracas are the hordes of dogs that roam the streets, abandoned by the millions of Venezuelans who flee the country. That’s why Ulises, who’s flat broke and teaches in a modest cinema workshop, agrees to create a foundation to rescue dogs in need. Ulises is unwittingly dragged into an odyssey of family entanglements, dangers that have him doubting the people around him—where suddenly no one is what they seem—and mysteries surrounding the most famous, patriotic dogs in Venezuela.

With a masterful hand and refined sense of humour, Rodrigo Blanco has produced a mystery, not without parodic elements, packed with references to cinema, literature, and dogs. Simpatía is like a tragicomic fresco, sometimes grotesque, of Venezuela today. There’s an ironic, irreverent take on some of the country’s most mythical figures, from Simón Bolívar to Hugo Chávez, and a sharp, hilarious reflection on inheritance and identity.