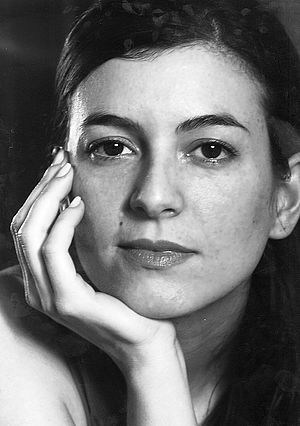 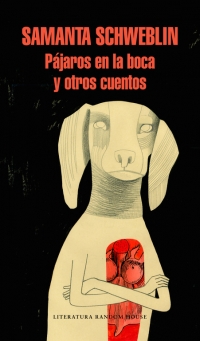 “The Grimm brothers and Franz Kafka pay a visit to Argentina in Samanta Schweblin’s darkly humorous tales of people who have slipped through cracks or fallen down holes into alternate realities.” JM Coetzee

Pájaros en la boca y otros cuentos (Birds in the Mouth and other Stories) is the best way to enter the fascinating universe of Samanta Schweblin. Recently nominated for the 2017 Man Booker International Prize for her novel Fever Dream, Schweblin is one of the Spanish-language writers with the greatest projection on today's literary scene.

The selection, made by the author herself, comprises an anthology of her best short prose to date, as well as an indispensable component of contemporary Argentine literature.

Heiress to the most prestigious literary tradition, along the lines of Raymond Carver and Flannery O'Connor, Schweblin has an extraordinary way of handling language, with sober, effective prose at the service of stories that move between the boundaries of the real and fantastic. Schweblin’s disturbing and disconcerting stories pose an enigma that provokes and thoroughly traps the reader.

“Samanta Schweblin’s stories. Harsh. Coldly observed. Brutally narrated. Hers are among the best stories of our generation.” Andrés Neuman

“Mouthful of Birds is a stunning achievement from a writer whose potential is beginning to seem limitless.” NPR

“Schweblin builds dense and uncanny worlds, probing the psychology of human relationships and the ways we perceive existence and interpret culture, with dark humor and sharp teeth. An assemblage of both gauzy and substantial stories from an unquestionably imaginative author.” Kirkus Review

“Schweblin is among the most acclaimed Spanish-language writers of her generation.... [H]er true ancestor could only be David Lynch; her tales are woven out of dread, doubles and confident loose ends.... What makes Schweblin so startling as a writer, however, what makes her rare and important, is that she is impelled not by mere talent or ambition but by vision, and that vision emerges from intense concern with the world, with the hidden cruelties in our relationships with all that is vulnerable — children, rivers, language, one another.”  New York Times

“The author’s flair for intertwining surrealism with delicate emotionality is again on full display in Mouthful of Birds, a collection of short stories that sit somewhere between miniature mysteries and fairy tales. In this slim and superb book, Schweblin takes on the desire to love, to parent, and to care for one’s own body—hardly extraordinary themes—and invests them with a fresh poignancy.” Vogue

“The Grimm brothers and Franz Kafka pay a visit to Argentina in Samanta Schweblin’s darkly humorous tales of people who have slipped through cracks or fallen down holes into alternate realities.”  JM Coetzee

“Like her previous work and her award-nominated novel Fever Dream, Mouthful of Birds blurs the line between what is reality, what is fantasy, and what is madness.” Bustle

“Schweblin is back with this book of short stories, each more unnerving than the last, and all with the unique ability to leave you with that throbbing, pulsing feeling following an electric shock or a sleepless night or a solid scare or all of the above.” Nylon

"Intense… [has] a visceral effect as Schweblin navigates the extremes of her characters’ actions and thoughts, both healing and destructive.” Booklist

“Implacable narrative clockwork capable of keeping readers on edge, to the point of taking their breath away, [...] from whose electric shock no reader will find release.” El Mundo

“The surprise of discovering that all the other arts are contained in a literary text.” Mario Bellatín

“Schweblin writes in a spare and highly impressionistic style that embraces instability: of space, identity, and the reader’s trust… Schweblin, like Gray and Ball, has found ways to electrify and destabilize the physical world.” Los Angeles Times

“Schweblin is interested in how we adapt, to the tiny jumps of logic a person makes by trying to understand a situation. Her stories reflect light on assumptions we make about our own world… It’s hard to think of a story collection this strange that feels so much like life. If doubt is consciousness, Schweblin’s characters are among the most sentient beings to ever walk across the page.” John Freeman, Boston Globe

“Over and again, Samanta Schweblin’s characters suffer through this cycle, and it tells you what an astonishing writer the Berlin-based Argentine is that this evolution from intrigue to regret and disquiet never becomes boring, predictable, or pat in her work. Quite the opposite. It creates an effect that can only be called Schweblinesque.” John Freeman, Boston Globe

"Schweblin is a masterful technician and builds elegant character arcs and narratives that accelerate in esoteric ways. While the content may be peculiar, the form is meticulous. The collection is chock-full of masterful reversals, last-minute turns that showcase Schweblin’s ability to carry a story to a satisfying close…. McDowell also deserves ample praise. The translation work renders the author’s writing superb on the sentence level. I can only imagine it is a special type of challenge to maintain the livewire energy and curt, cutting moments Schweblin has tightly coiled in her prose." The Chicago Review of Books