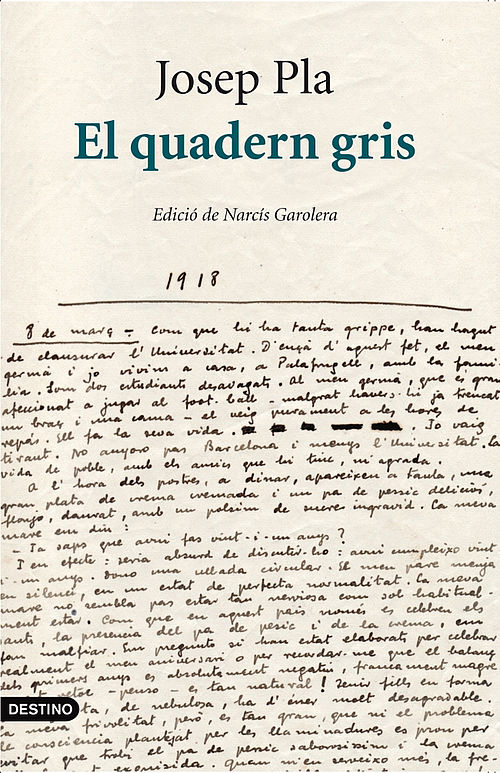 Josep Pla’s masterpiece, The Gray Notebook (New York Review, 2014) (El quadern gris), is one of the most colorful and unusual works in the modern literature. In 1918, when Pla was in Barcelona studying law, the Spanish flu broke out, the university shut down, and he went home to his parents in coastal Palafrugell. Aspiring to be a writer, not a lawyer, he resolved to hone his style by keeping a journal. In it he wrote about his family, local characters, visits to cafés; the quips, quarrels, ambitions, and amours of his friends; writers he liked and writers he didn’t; and the long contemplative walks he would take in the countryside under magnificent skies. Returning to Barcelona to complete his studies, Pla kept up his diary, scrutinizing life in the big city with the same unflagging zest and humor. Pla, one of the great Catalan writers, held on to this youthful journal for close to fifty years, reworking and adding to it, until he finally published The Gray Notebook as both the first volume and the capstone of his collected works.

In 2016 we celebrate the 50th anniversary of El quadern gris (Ed. Destino, 1966), in Catalan, and that the work will be published by Shanghai 99, for the first time in Chinese language.