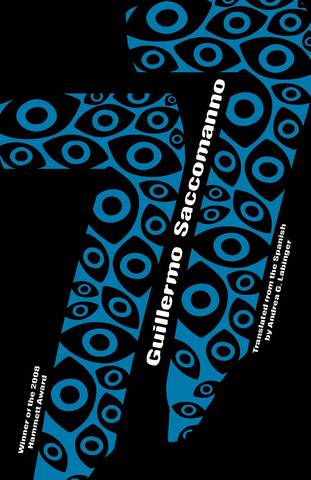 77 by Guillermo Saccomanno, translated from the Spanish by Andrea G. Labinger and published by Open Letter Books in the US has been shortlisted for the Best Translated Book Award 2020 in Fiction.

The Best Translated Books Awards named, on 11 May, its 2020 10 finalists for fiction and 5 finalist for poetry.

77 was previously awarded the Dashiell Hammett Prize at the Semana Negra de Gijón in 2008.

Saccomanno’s novel is set in Buenos Aires in 1977, during the nightmarish rule of dictator Jorge Rafael Videla, and tells the story of Gómez, a closeted gay man who works as a teacher. Gómez lives in fear of his sexuality being found out, and with good reason: people are being disappeared by the government regularly, and homosexuals are a particular target.

77 has been translated into English, Italian and French.