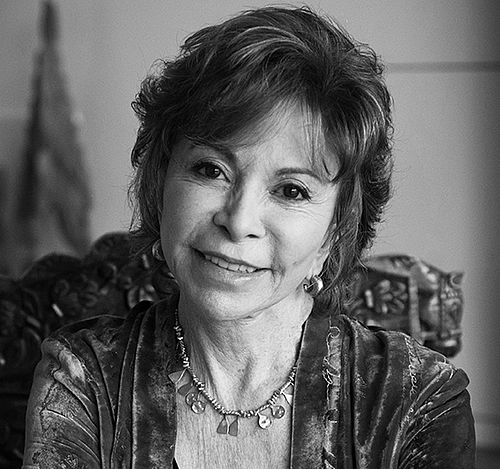 In her speech, Allende said she was accepting the award on “behalf of millions of people like myself who have come to this country in search of a new life.”

She added: “I look Chilean, and I dream, cook, make love and write in Spanish. Make love – it would feel ridiculous panting in English,” she said, to laughter. “My lover doesn’t speak a word of Spanish. I have a lover at 76! You wouldn’t believe that. He’s a brave man.”

"We live in a dark time, my friends. It’s a time of war in many places, and potential war everywhere." continued the writer, who has lived 30 years in the United States, and identified with “this massive diaspora" of people around the world who seeks a new life.

Isabel Allende, who was already awarded with the National Prize in her country, Chile, in 2011, is now honored in her adopted country, the United States.

Allende said she has been an outsider, in transit, for much of her life. She spoke of her award as a kind of deed of ownership, a sign that she is home. “Maybe I’m not an alien after all. Maybe it’s time to plant my roots and relax,” she said. “Maybe I’m not going anywhere, anymore.”