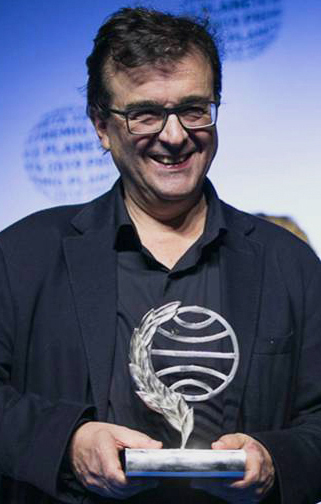 Javier Cercas won the Planeta Prize 2019 for his novel Terra Alta. This is the most valuable literary award on the Spanish-language market.

With Terra Alta, Cercas begins a series of crime fiction books and returns to the purest fiction, more in line with the stories of The Motive or his first title, The Tenant, than in the non-fiction novels he wrote since the publication of Soldiers of Salamis, 2001.

Javier Cercas wanted to turn around his narrative, and has surpassed himself. He has written a great detective novel with all the elements of the genre, but his voice is recognizable and, above all, his great themes and obsessions, such as deception, false betrayal, ambiguity of the law or redemption. A thriller with a main character - the police Melchor Marín - who has enormous strength and potential, and located in a territory, the region of Terra Alta, which is revealed as a great scenario of intrigues and conspiracies.

Terra Alta will be published by Planeta in November 2019.