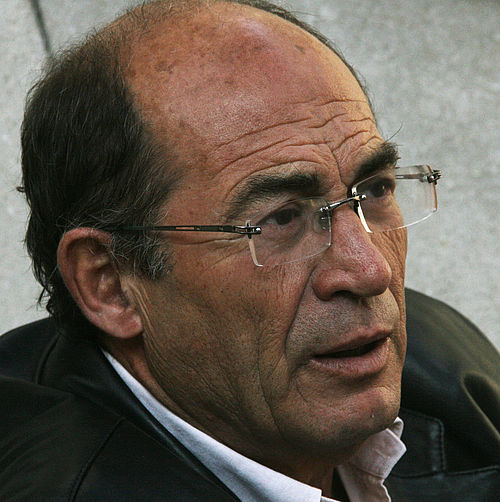 The author will receive the award on February 6 at the BCNegra festival.

The jury for the 15th Pepe Carvalho Prize, made up by Antonio Iturbe, Marta Sanz, Xon Pagès, Daniel Vázquez Sallés and Sergio Vila-Sanjuan, with Carlos Zanón as president, has decided unanimously to award the 2020 Pepe Carvalho Prize to the writer Juan Madrid.

The jury highlighted “the literary, political and ethical commitment of Juan Madrid, writer, journalist and film and TV scriptwriter translated into over 16 languages. An author who uses crime fiction as a tool to explain what happens in the city streets, with the characters who live in them telling their own stories. Their anger, hope, good or bad luck, the injustice and the moral codes of the victors and the defeated that Juan Madrid brings to life in his novels also tell us the story of own everyday lives.”

Furthermore, the jury mentioned that “he is one of the founders of the Spanish crime fiction that has dazzled readers since the beginning of the 1980s. Using the dry, precise, direct style of a boxer, attentive to rhythm, to street language, he chameleonically adapts the rhetorical characteristics of American hardboiled to the specific problems of our common history. With its anger and honesty serving as a tool of politics and public condemnation, his literature is highly codified but never routine, and unquestionably expressive and naturalistic, thanks both to the imagination of the author and experiences that become a literary tour de force when he sets pen to paper”.

Juan Madrid (Malaga, 1947) holds a degree in history from the University of Salamanca and was editor of the magazine Cambio 16. He combines his work as a writer with scriptwriting for film and TV. He has published some forty books including novels, compilations of short stories and youth novels, and some of his works have been made into films, such as Días contados and Tánger (directed by the author himself). He has won the Jaén Prize for Children’s and Young People’s Literature, for Los senderos del tigre (2005); the EDEBÉ Prize for Young People’s Literature, for Huida al sur (2008); the 14th Unicaja “Fernando Quiñones” Prize for Literature, for Los Hombres mojados no temen la lluvia (2012); and more recently the 2017 Cálamo Special Prize, for Perros que duermen, and the Crime Fiction Prize at the Atlantic Crime Fiction Festival, Tenerife Noir (2017).

With the Pepe Carvalho Prize, awarded by the City Council of Barcelona, special recognition is given to national and international authors with a prestigious, established trajectory in the field of crime fiction. The prize honours the memory of the writer Manuel Vázquez Montalbán and his famous detective Pepe Carvalho.