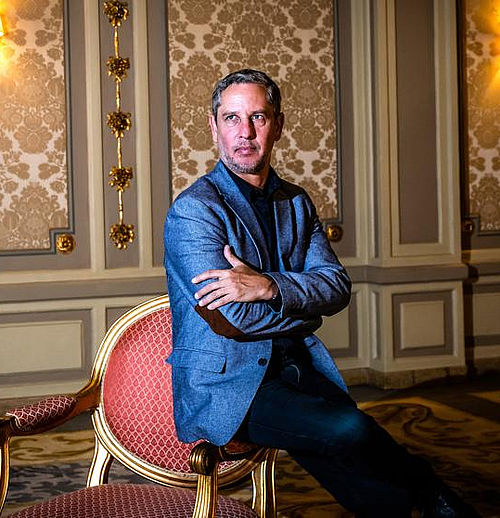 The jury of the 75th edition of the Nadal Prize, formed by Alicia Giménez Bartlett, Care Santos, Lorenzo Silva, Andrés Trapiello and Emili Rosales, gave the award to the novel Los crímenes de Alicia (Alice’s Murders) by Guillermo Martínez. The verdict was made public on January 6th, at the traditional literary evening that this year celebrated its 75th anniversary.

Another January 6th, but in 1945, Carmen Laforet won the prize in its first call, with the novel Nada. The Nadal Prize represented a major push to the Spanish post-war narrative, and helped establish authors such as Miguel Delibes, Carmen Martín Gaite, and Ana María Matute.

The winning novel by Guillermo Martínez takes place in Oxford. In 1994, within the Lewis Carroll Brotherhood. A series of murders, whose nature seems to be linked to the literary universe of Alice's Adventures in Wonderland, have been triggered. To unravel what is happening, the renowned Logic Professor Arthur Seldom, also a member of the Lewis Carroll Brotherhood, and a young Mathematics student join forces in an investigation that combines intrigue with the bookish world. A fascinating work, both classic and strictly contemporary, that in the tradition of Borges and Umberto Eco brings this detective story to the literary field.

Guillermo Martínez is one of the most appreciated Spanish authors in the world. Los crímenes de Oxford (The Oxford Murders) (2004) is his main success; it has been translated into more than 40 languages and it has been adapted into a film directed by Álex de la Iglesia. Some of his other works, such as Acerca de Roderer, La muerte lenta de Luciana B or Borges y la matemática, have been translated into numerous languages and brought to the big screen as well.