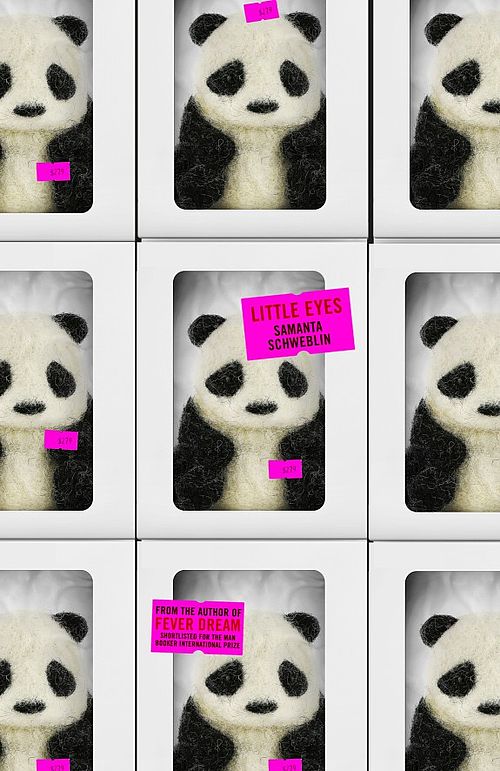 Samanta Schweblin’s second novel, ‘Kentukis’ (published under the title ‘Little Eyes’, by Oneworld in the UK and by Riverhead Books in USA, with translation by Megan McDowell) has been longlisted for The 2020 International Booker Prize.

Samanta Schweblin was previously longlisted for the Man Booker International Prize in 2018, for Pájaros en la boca (Mouthful of Birds), and shortlisted, in 2017, for Distancia de rescate (Fever Dream).

Schweblin is regarded as one of the most distinguished storytellers writing in Spanish today. In her second novel, Kentukis (Little Eyes), Samanta Schweblin exceeds all expectations with a story of crossed lives and new technologies along the lines of the series Black Mirror. Several characters from different continents, of widely varying ages and social status, come into contact with each other through their high-tech pets, the kentukis.

“Schweblin is among the most acclaimed Spanish-language writers of her generation…. [H]er true ancestor could only be David Lynch; her tales are woven out of dread, doubles and confident loose ends…. What makes Schweblin so startling as a writer, however, what makes her rare and important, is that she is impelled not by mere talent or ambition but by vision, and that vision emerges from intense concern with the world, with the hidden cruelties in our relationships with all that is vulnerable — children, rivers, language, one another.” —New York Times

The prize is awarded every year for a single book that is translated into English and published in the UK or Ireland. It aims to encourage more publishing and reading of quality fiction from all over the world and to promote the work of translators. This year the judges considered 124 books.