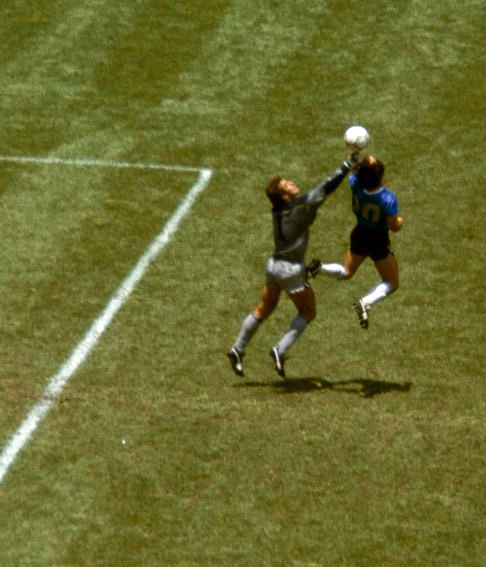 The World Cup in Russia is an excellent opportunity for commemorating Osvaldo Soriano and Manuel Vázquez Montalbán. Unlike other intellectuals, these writers found prime literary material in football, which they used to portray dignity in the face of defeat. Football, taken to the epic heights seen only in the world of sports, could represent the moral character of a time and country.

Osvaldo Soriano (1943-1997) had no choice but to devote himself to journalism and literature after his promising career as a footballer was cut short by injury. San Lorenzo lost a great player, but Argentina gained one of the most original and beloved writers of the 20th century, who even became the most widely read author after Borges.

Soriano’s stories feature the ingenious tale of the world’s longest penalty, the memoirs of Mister Peregrino Fernández, the 1950 World Cup known as the Maracanazo, Maradona’s "hand of God" in the 1986 Mexico World Cup, and the author’s childhood memories of kicking a football and dreaming of debuting with San Lorenzo.

Manuel Vázquez Montalbán (1939-2003) defined football as "A civilian religion in search of God" and dedicated weekly newspaper columns to the sport for decades, from the 1960s until his death in 2003. He was the greatest chronicler of the history of F.C. Barcelona, his lifelong passion.

The world of football is the scene of one of Pepe Carvalho’s most famous adventures. In El delantero centro fue asesinado al atardecer (The Centre-Forward Was Murdered at Dusk), Pepe Carvalho is hired by the management of the “most powerful football club in the city, in Catalonia, in the universe” to investigate the source of the strange anonymous messages threatening to murder the club’s centre-forward.

The compilation Fútbol (Football) contains Vázquez Montalbán’s articles and newspaper columns, a vast repertoire of lucidity, criticism, and self-irony, which is vital for any Barça fan.

Other noteworthy contributions from the Agency’s authors include "Esse est percipi," a disturbing story written by Adolfo Bioy Casares with Jorge Luis Borges in 1967, in which Bustos Domecq discovers that football is nothing more than a theatrical performance. In Antonio Skármeta’s  El portero de la cordillera (The Goalkeeper from the Mountains), a young boy is suddenly given the chance to become a famous goalkeeper. "Oda a Platko," by Rafael Alberti, is a poetic tribute to the Hungarian F.C. Barcelona player after a memorable game in 1928. In the articles El otro fútbol (The Other Football), Miguel Delibes explores the sport stripped of its trappings as a mass spectacle. Finally, Ana Maria Moix, a diehard Barça fan, offers some imaginative tales in Un poco de pasión y otros cuentos de fútbol (A Bit of Passion and Other Football Stories).