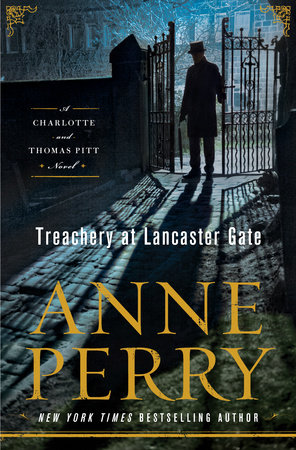 Gripping and provocative, the latest Thomas and Charlotte Pitt mystery by New York Times bestselling author Anne Perry peers unflinchingly into the corrupt affairs of Victorian society on the brink of the century’s turn. The world is poised for social and political change, but England holds tight to its traditions, classes, and prejudices.

When an explosion in London kills two policemen and seriously injures three more, many believe that anarchists are the culprits. But Thomas Pitt, commander of Special Branch, knows the city’s radical groups well enough to suspect otherwise: that someone with decidedly more personal motives lit the deadly fuse. As he investigates the source of the fatal blast, he’s stunned to discover the bombing was a calculated strike against the ranks of law enforcement. But still more shocking revelations await, as Pitt’s inquiries lead him to a member of Parliament hoping for a lucrative business deal, a high-ranking police officer with secrets to keep, and an aristocratic opium addict seeking murderous revenge. As he pursues each increasingly threatening lead, Pitt finds himself impeded at every turn by the barriers put in place to protect the rich and powerful –barriers which, as they start to crumble, threaten to bury him alive.