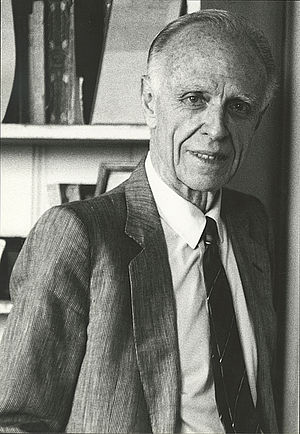 Winner of the Premio Miguel de Cervantes in 1990, Adolfo Bioy Casares is one of the most important Argentine writers and indeed one of the most important authors writing in Spanish. Although he started writing very young, he later rejected everything he had written before 1940. That year, he published La invención de Morel, one of his most acclaimed books, and the one that definitively established him as an author. In the prologue to that book, Jorge Luis Borges, his close friend, said that it was the start of the science fiction genre in Spanish literature. Bioy Casares wrote several works with Borges, and also with Silvina Ocampo, the writer who was also his wife.

For the first time, a single volume brings together all the work of the literary partnership formed by Jorge Luis Borges and Adolfo Bioy Casares.

Apart from having gone down in history as two of the foremost figures of Argentine literature, Jorge Luis Borges and Adolfo Bioy Casares were close friends for fifty years. Among other interests they were united by their admiration for the detective stories of Arthur Conan Doyle, Edgar Allan Poe and G. K. Chesterton.

Written in collaboration with Silvina Ocampo

In seaside Bosque del Mar, Argentina, guests at the Hotel Central are struck by double misfortune—the mysterious death of one of their party, and an investigation headed by the physician, writer, and insufferable busybody, Dr. Humberto Huberman. When pretty young translator Mary is found dead on the first night of Huberman’s stay, he quickly appoints himself leader of an inquiry that will see blame apportioned in turn to each and every guest—including Mary’s own sister—escalating into a wild, wind-blown reconnaissance mission to the nearby shipwreck, the Joseph K.

Where There’s Love, There’s Hate is both a genuinely suspenseful mystery and an ingenious send-up of the genre—a novel that’s captivating, unashamedly erudite, and gloriously witty.

Lucio, a normal man in a normal (nosy) city neighborhood with normal problems with his in-laws (ever-present) and job (he lost it) finds he has a new problem on his hands: his beloved wife, Diana. She’s been staying out till all hours of the night and grows more disagreeable by the day. Should Lucio have Diana committed to the Psychiatric Institute, as her friend the dog trainer suggests? Before Lucio can even make up his mind, Diana is carted away by the mysterious head of the institute. Never mind, Diana’s sister, who looks just like Diana—and yet is nothing like her—has moved in. And on the recommendation of the dog trainer, Lucio acquires an adoring German shepherd, also named Diana. Then one glorious day, Diana returns, affectionate and pleasant. She’s been cured!—but have the doctors at the institute gone too far?

Asleep in the Sun is the great work of the Argentine master Adolfo Bioy Casares’s later years. Like his legendary Invention of Morel, it is an intoxicating mixture of fantasy, sly humor, and menace. Whether read as a fable of modern politics, a meditation on the elusive parameters of the self, or a most unusual love story, Bioy’s book is an almost scarily perfect comic turn, as well as a pure delight.

“A sweet, increasingly surreal fable....The fantastic events seem less momentous than the almost saintly likeableness of Lucio, one of those people whom things happen to with a cockeyed vengeance. Levine’s slangy, salt-of-the-earth translation helps to make this shapely and appealing." Kirkus Reviews

"Its broader themes of compatibility and well-being, and man’s attachment to place and routine, connect it with such older twentieth-century masterworks as Mann’s The Magic Mountain." Choice

"A witty and ironic comment on our desires and the social structures we have created. This tale...weds laughter and terror in haunting fashion." Publishers Weekly

Written almost a decade before the death squads disrupted Argentina, it is the gripping first-person narrative of an old man caught in a wave of persecutions against all old people. Adolfo Bioy Casares relates the day-by-day life of Isidro Vidal, the "old boys" from the corner cafe, and the women, young and old, who offer temporary redemption from madness and mob terror.

At the end of carnival 1927, Emilio Gauna had an experience that he knew was the culmination of his life. The problem is that Gauna can only dimly remember what happened: he was out on the town with his raucous, reckless friends when a masked woman appeared. Several hours later, gasping and horrified, Gauna awoke at the edge of a lake. Three years later, he tries to solve the mystery the only way he knows: by re-creating the same situation and reliving it –despite the warnings of his secret protector, the Sorcerer.

In The Dreams of Heroes, Adolfo Bioy Casares assembles magicians, prophetic and brave women, shamefully self-conscious men and Buenos Aires under the rubric of a sinister and mocking fate, and thrusts them forward into the dizzying realm of memory, doom and cyclical time. Written in 1954 and never before published in America, The Dream of Heroes stands as a predecessor of and model for a whole school of European and American novels that followed but never quite matched it.

"... a poignant moral allegory about a sensitive boy doomed by machismo. Bioy Casares combines social and magical realism with an involuted structure that readers of Borges or of Garcia Márquez's One Hundred Years of Solitude will recognize." " Here, fate is character and culture; the novel successfully satirizes the dream of heroes as it wonderfully evokes the Buenos Aires of the 1920's." Kirkus Review

"In The Dream of Heroes, under the guise of an adventure-mystery novel - complete with Carnival, masked women, dark woods, inexplicable events and alcoholic stupors - Mr. Bioy Casares recounts a kind of metaphysical fairy tale in which the hero, caught between good and evil, enters upon a doomed search for self." Mary Morris, The New York Times

Jorge Luis Borges declared The Invention of Morel a masterpiece of plotting, comparable to The Turn of The Screw and Journey to the Center of the Earth.

Set on a mysterious island, Bioy's novella is a story of suspense and exploration, as well as a wonderfully unlikely romance, in which every detail is at once crystal clear and deeply mysterious.

Inspired by Bioy Casares's fascination with the movie star Louise Brooks, The Invention of Morel has gone on to live a secret life of its own. Greatly admired by Julio Cortázar, Gabriel García Márquez, and Octavio Paz, the novella helped to usher in Latin American fiction's now famous postwar boom. As the model for Alain Resnais and Alain Robbe-Grillet's Last Year in Marienbad, it also changed the history of film.

There have been numerous film and theatre adaptations of this work.

“After The Invention of Morel it's not possible to continue writing novels in the same way.” Roberto Bolaño

“A masterfully paced and intellectually daring plot. Like the best science fiction, of which this is an exemplar, Bioy’s themes have become ever more relevant to a society beholden to image. It is this keenness of thought and expression that buttresses Borges’s claim of the novella’s perfection.” The Times

“The Invention of Morel may be described, without exaggeration, as a perfect novel....Bioy Casares’s theme is not cosmic, but metaphysical: the body is imaginary, and we bow to the tyranny of a phantom. Love is a privileged perception, the most complete and total perception not only of the unreality of the world but of our own unreality: not only do we traverse a realm of shadows, we ourselves are shadows.” Octavio Paz

For the first time, a single volume brings together all the work of the literary partnership formed by Jorge Luis Borges and Adolfo Bioy Casares.

Apart from having gone down in history as two of the foremost figures of Argentine literature, Jorge Luis Borges and Adolfo Bioy Casares were close friends for fifty years. Among other interests they were united by their admiration for the detective stories of Arthur Conan Doyle, Edgar Allan Poe and G. K. Chesterton.

They began working as a team by chance, when they were commissioned to write a promotional brochure for a yogurt that neither of them took very seriously. However, they discovered a new, different writer with a voice of his own, who emerged as if by magic from the union of their two talents.

This is how the unforgettable Honorio Bustos Domecq and Benito Suárez Lynch were conceived, pseudonyms under which Borges and Bioy published a series of delightful detective stories over more than three decades, written in the best tradition of the classics but loaded with explosive satirical gunpowder.

A Russian Doll and Other Stories is the ninth collection of short fiction by Adolfo Bioy Casares.

Bioy Casares’s narratives are elegant and urbane, his style precise and streamlined, as he paces his characters through seriocomic traps of fate––ensnared by love, impelled by lust, ambition, or plain greed, even metamorphosed by pharmaceuticals. These are not stories in a psychological mode but like the image of the Russian doll of the title piece are carefully wrought congeries of intractable selves within selves.