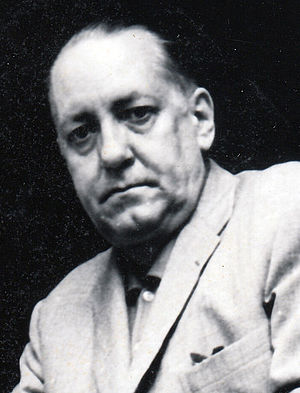 Born in Lausanne, Switzerland, Alejo Carpentier grew up in Havana, Cuba, and despite his European birthplace, he strongly self-identified as Cuban throughout his life. He received an excellent musical education, what would become a determining factor in his life and public activities, as well as his literary works.He was the youngest of Cuba’s intellectual generation of 1927, belonged to the so-called Minority Group, and worked hard for the renewal of artistic languages. He was arrested for his involvement in the “communist cause” in 1927. Once released from prison, he escaped to France, where he settled in for a long stay during the controversial Surrealist movement. During this period, he published ¡Écue-Yamba-Ó! (Praised Be God) and worked as a journalist. In 1939, Carpentier returned to Cuba, where he worked in radio, served as a music teacher, gave numerous lectures, and was active in the world of culture. His cultural work would later take him to Haiti and Venezuela. His literary success would come from Europe, from the impact of translations of The Kingdom of This World and The Lost Steps. With the triumph of the Cuban Revolution, Carpentier moved back to the island permanently until he was designated Minister-Counsellor of Cuba in Paris in 1966. Once there, he continued to pursue his literary career with the publication of significant works of fiction: Reasons of State, Baroque Concerto and The Harp and the Shadow (1979). In 1977, he was awarded the Cervantes Prize.

Exploring the consequences of the European discovery of the Americas and challenging the myth of Columbus, Alejo Carpentier-"the father of magical realism"-studies the first meetings of the Western and American cultures and the tragic consequences of tarnished and abandoned idealism.

“ Reasons of State is a jocular view of imaginative idealism, repressive power and burgeoning revolution, all done with breezy panache. Once again, Carpentier has shown how canny and adept a practitioner he can be in mediating between the many realms which his own life has touched upon.”  The New York Times

A composer, fleeing an empty existence in New York City, takes a journey with his mistress to one of the few remaining areas of the world not yet touched by civilization-the upper reaches of a great South American river. The Lost Steps describes his search, his adventures, and the remarkable decision he makes in a village that seems to be truly outside history.

Includes the three short stories Journey Back to the Source (Viaje a la semilla), The Santiago Way (El camino de Santiago), Like The Night (Semejante a la noche) and the novel The Chase (El acoso).

Originally published in 1946, Music in Cuba is not only the best and most extensive study of Cuban musical history, it is a work of literature.

How and when did the unmistakable Cuban sound emerge? Why did a small island become such a fertile, flourishing musical paradise? In 1939 Alejo Carpentier, one of the foremost Latin American writers and also a musicologist, was commissioned to write a first treatise on the history of Cuban music.

The result is a fascinating journey through Africa, Europe and America that traces the history of classical and popular music from the sixteenth century to the 1940s, the time when the guaracha, the mambo, the bolero and other rhythms brought the whole world out on to the dance floor.

Carpentier composes a masterful score that resonates with the rhythms and melodies that have forged the true spirit of Cuba.

This book compiles writings that Alejo Carpentier wrote about cinema, showing the develop of this art along the XX century.