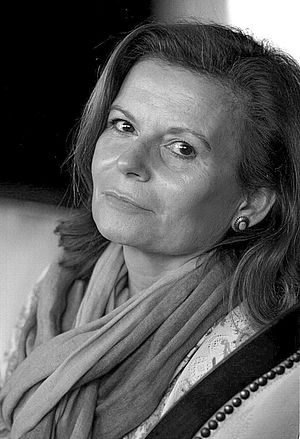 Carme Riera, who holds a Chair at the Autonomous University of Barcelona (UAB), is one of the Catalan authors most highly regarded by the critics and best loved by her readers. She studied Philosophy and Literature and obtained a Doctorate in Hispanic Philology, with Premio Extraordinario from the UAB. She first came to public notice in 1975 with Te deix, amor, la mar com a penyora, a book of short stories that has not been out of print since then. Her work has been translated into many languages, and has won the most important prizes for Catalan literature. As a researcher and essayist, she specialises in the Barcelona School. In 2001, she was awarded the Premio Nacional de Cultura, and in 2012 was elected member of the Real Academia Española. Since 2002, she has held the José Agustín Goytisolo Chair of the Autonomous University of Barcelona.

The imagined confessions of the free-thinking, free-loving, freewheeling Hapsburg scion who adopted Majorca as his home

More than a hundred years after his death, Archduke Ludwig Salvator remains a legend in the Balearic Islands. Colourful anecdotes circulate about his slovenly appearance, how he loved to be mistaken for his servants, and how he didn’t allow a single tree to be chopped down on his properties. Many still praise his simplicity, his ecological preservationist tendencies, and his patronage of the arts. “Carme Riera”—the narrator—is more driven to find the Archduke’s hidden side, which she hopes is contained in his suppressed correspondence with his lovers of both sexes.

This captivating book tells the story of her discovery of the dictated last wishes of a man who lived according to his desires and loved without prejudice. Told in two distinct styles delimited by their forms, the first part unfolds not unlike a detective novel, seamlessly fusing fact and fiction, while the erudite and worldly Archduke’s confessions reveal an engrossing take on a fascinating historical figure and his time, as he unburdens his conscience and tries to justify his moral choices in the face of posterity.

"For some biographers, his nomadic lifestyle was most notable; for others, his unbridled sexuality; for yet others, it was his interest in science. There are those who considered him a proto-hippy, and even the perfect freeloader, despite his ability to work for more than ten hours straight. I understood him, above all, as a free man who was lucky to be able to live according to his desires and love without prejudice...”

"In the book there’s no making up any of Ludwig of Habsburgs’ actions, but what we can find is an interpretation of the how and why of those actions. All this, forges the electric story of a man that decides to decipher, at last, all his secrets and mysteries before dying." –Carlos Sala, La Vanguardia

"Les Darreres Paraules is also a book about the old age. The closeness of death is one of the most important drives that can be found in this long confession."     "We are talking, then, about a counter-clock confession in words of a man that knows he’s dying and has very little time left to reveal all the truth." –Bernat Puigtobella

Carme Riera portrays the lost island of her childhood.

Told through the eyes of a young girl beginning to discover the world, Age of Innocence recreates a paradise lost, a Mallorca childhood in the bosom of a bourgeois family. A world filled with magic and innocence, dreams and aromas, games and songs, friends, illustrious visitors, trades and tradition; but also a sealed-off world, backward and rural, the world of Palma de Mallorca in the 50’s and 60’s, where discipline, guilt and prohibitions rule.

21st of November 2008: The disappearance of a Romanian student in the Autonomous University of Barcelona. It is during the Anti-Bologna strike when the first alarm that something strange is happening on campus. Overnight, Constantinu Iliescu has escaped, literally. Police officers, teachers and students will coordinate efforts to find a reliable track. But soon a new disappearance triggers a terrible nightmare. Just like in a macabre game, the victims and the suspects multiply, by testing the tracing of those involved. Nothing is what it seems.

Natura quasi morta is an astute and brilliant novel of intrigue, which grips us from the first page. With immediate and contemporary characters, sophisticated crimes and everyday settings which the author knows at first hand, Carme Rieara successfully maintains the suspense with just the right dose of irony and reality.

“Natura quasi morta (Almost Still Life) is in fact a mix of detective and campus fiction set in a very contemporary European university context familiar to the author, with a significant amount of social criticism thrown in, especially of university staff and students. Loosely based on the true case of a French Erasmus student who disappeared from the Autonomous University of Barcelona, where Riera herself is professor of Spanish Literature, the style of the book owes a debt to other detective-story writers from Spain such as Manuel Vázquez Montalbán and Andreu Martín, and international writers such as Donna Leon and the Scandinavians [...] “ Judith Willies

In her novel, L'estiu de l'anglès (The Summer of the Englishman), Carme Riera involves us in an intrigue written in a humorous tone—the same that she employs in Contra l'amor en companyia (Against Love in Company, 1991), another story collection. Here the protagonist is a secretary who wants to learn English during her vacation, but the unsettling episode she experiences in England will change her for the rest of her life.

In La meitat de l’ànima (Half the Soul, 2004), the circumstances of post-war, Franquist Barcelona, the precarious situation of the Republicans exiled in France, and the armed resistance of anarchist groups who never accepted defeat in the Civil War are the principle historical elements with which Carme Riera encloses the fictional story; these are very relevant to developing the intrigue surrounding the narrator-heroine’s search for identity.

Cap al cel obert (To the Open Sky), told in a serial novel style, to some extent continues the story of the descendents of those executed Jews of Riera's novel In the Last Blue. The recreation of the colonial conflict in Cuba in the second half of the nineteenth century, which serves as a background for the drama, gives rise to a political reflection on the national question.

Una primavera per a Doménico Guarini, 1980

The Little Mermaid classic tale seen in the light of the 21st Century.

After many years of silence, the Andersen’s legendary Little Mermaid speaks. She is a creature with soft skin and shiny scales that changed her tail for some beautiful legs to win the prince’s favour . That is what the story is about, but there is something else…. A detail that many overlooked: the Little Mermaid, to turn into a woman, had to give up her voice, and that left her speechless, without words for love, rage or pain. Now Carme Riera gives the Little Mermaid her voice back so she can tell the truth to the nowadays women, and also to those who that do not dare to speak and have ended up far away from the sea.

The first collection of stories with which Carme Riera became known in 1975. The contrast between the Majorcan world and her Barcelona experience is the axis on which her first two story collections revolve: Te deix, amor, la mar com a penyora (I Give You, Love, the Sea as Pledge; 1975) and Jo pos per testimoni les gavines (I Take the Seagulls as My Witness, 1977), which formed the writer's first period.