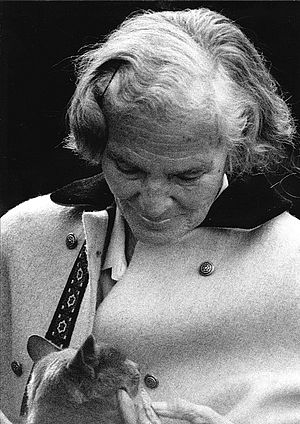 Carmen Laforet spent her childhood and teenage years in Gran Canaria. She returned to Barcelona at the age of 18 to take a humanities degree that she left unfinished. She then moved to Madrid, where she wrote her debut novel, Nada, when she was just 22 years old. It won her the Premio Nadal literary prize in its first year and established her as the great revelation of Spanish post-war literature, making her a cult author for several generations. During the 1950s and 1960s, Laforet was hugely productive, also collaborating regularly with the journal Destino and the newspaper ABC. In 1955 she won the Spanish National Literature Prize for her novel La mujer nueva. As of the 1970s, she gradually distanced herself from the literary world and her career ended in absolute silence.

This moving biography of Carmen Laforet, prepared by her son Agustín Cerezales, coincides with the centenary of the birth of one of the most important and also most enigmatic writers of Spanish literature.

This moving biography of Carmen Laforet, prepared by her son Agustín Cerezales, coincides with the centenary of the birth of one of the most important and also most enigmatic writers of Spanish literature. Its pages explore Laforet’s literary world and little-known aspects of her personal life, through fragments of her work, manuscripts, press cuttings, unpublished photographs, correspondence and remembered anecdotes that provide a more intimate and realistic, warmer portrait of the author. An inescapable testimony offering an insight into all the secrets of a writer who was ahead of her time.