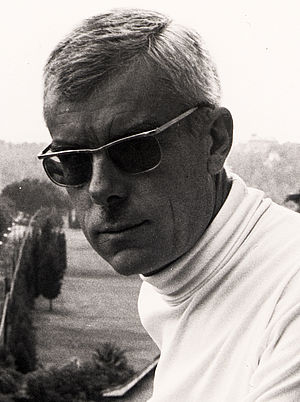 He was an essayist, linguist, translator and, above all, one of the most important poets in contemporary Catalan literature, where he left a mark that is still clearly visible. He wrote the greater part of his poetry between 1958 and 1963. It was initially published as three books, and later as one volume, Les dones i els dies, one of the most influential contributions to post-war Catalan literature. Ferrater worked as a linguist and as an art and literature critic, having a very important role as an intellectual in his time. He worked in the publishing world as both a reader and a translator, translating works by authors such as Kafka, Chomsky and Gombrowicz, to both Catalan and Castilian Spanish. During the last years of his life he was a university teacher. His brother, Joan Ferraté, published some collections of his unpublished poems.

“Like Wordsworth, Ferrater endeavours to keep his reader in the presence of flesh and blood… [He] not only brings us to our senses, but like all true poets, he keeps us wondering what this means.” Seamus Heaney

The Catalan poet Gabriel Ferrater is a poet of personal experience, a poet who succeeds like no other in capturing the feeling of Catalan society both during and since the Spanish Civvil War. Because he came to the poetry relatively late (he was 38 when his first collection was published), he was able to draw on a body of experience which was not available to younger poets. Like Hardy, a poet whom he greatly admired, he wrote simply, from a sense of his own life, using detailed observation of personal encounters and situations to convey the wider, more general picture.

This book of verses of Gabriel Ferrater presents itself as a “corrected reprint” of the three previous works of the author: Da nuces pueris, Menja't una cama and Teoria dels cossos. This edition presents for the first time, as well as Les dones i els dies, all the other poems that Ferrater had published in magazines or that he had included in the previous three volumes and then did not recover. It also comprises a device of variants and reproduces the poet's versions of some of his poems in other languages. Critical edition by Jordi Cornudella.