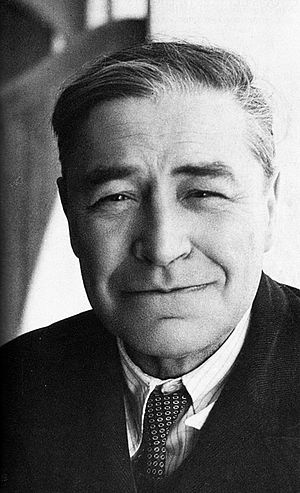 Josep Pla is undoubtedly the most important prose writer in twentieth century Catalan literature, and the most widely-read and popular Catalan writer of any time. He studied Law in Barcelona, and worked as a journalist from a young age. For over fifteen years he worked as foreign correspondent for the newspapers La Publicitat and La Veu de Catalunya. His unclassifiable and monumental body of writing, which amounts to 30,000 pages, and on which he worked practically uninterruptedly for six decades, is marked by the use of a language that is both popular - i.e. of the people - and imaginative, and was an essential contribution to the modernization of the Catalan language. Likewise, his opinion pieces, his journalistic chronicles, his diaries and reporting, constitute a valuable record of the history of the last century.

Pla makes splendid reflections on the peasants of Catalonia by describing in detail their uses and customs, their gastronomic habits, their schedules, their way of thinking, their special philosophy on life and their circumstances, their conditioning to the unpredictable weather, and their social and family relationships within the Catalan countryside.

"I sincerely regret that calling a peasant a peasant, there is no more adequate and more accurate word. If there were one, it would use it, because the writings must be clear and specific. However, since it does not exist, we should accept the facts and get rid of the eloquence of stylists, who, at the time we lived, have had a tendency to make people laugh."

“I confess that, for a few years now, my greatest illusion is the Mediterranean. We owe it—owe the Western world—all that we are” Josep Pla, an exceptional chronicler, transports us in Las ciudades del mar to the most beautiful destinations of the Mediterranean, and he does it so in time, because in these pages we visit the coasts of half a century ago, the sophisticated, clear and pure shores of the 40s.

Mallorca, Fornells, the Rosellón, Italy, the island of Elba, Sardinia, Sicily, Croatia, Istanbul and the Balkans come to life, by the hands of one of the best prose writers of the twentieth century, with a new magic.

A book of stories, or “narrations,” by the finest Catalan writer of his generation. In this beautiful work, Pla transcribes his witnessings of basic truths: the waves of the sea, the hardness of rolled tobacco. The reader feels tangibly the pleasure with which Pla puts the sensual and real on paper.

“Moving around the capitals of Europe in a time of depression and unremitting melancholy, Pla often serves up small moments of perhaps unintentional brilliance […] Students of Orwell’s journalism and of Kapuscinski will be glad to discover Pla, whose melancholy resembles that of his contemporary Stefan Zweig—and for some of the same reasons.” — Kirkus Reviews

“Pla’s book of “narrations” shows us why this Catalan writer is considered the “finest…of his generation.” Each narrative piece is like a still-life, focusing on the tangible and memorable things of this world. Pla invites us to share his perspective on the complexity and sensuality of our surroundings.” — Book Riot

“Pla has often been compared with the great Joseph Roth – they were both astute witnesses of their respective worlds… Outstanding.” — Eileen Battersby, The Irish Times

“Life Embitters, probably the best book in Josep Pla’s vast body of work, is a literary feast which combines all his best qualities at once: the sharpness of the journalist, the modern style of the novelist, and the insight and lucidity of the autobiographer. Through these stories, Pla distills the experiences of a young man traveling around a dramatically changing Europe. This is the book I recommend whenever someone asks me about Catalan literature.” — Jordi Punti, translator and author of Lost Luggage

This selection presents the essential core of Josep Pla's marine narratives, gathered in the second volume of his Obra Completa, Aigua de mar (which also includes other non-narrative pieces of the marine topic). The six short stories collected in this selection are six undisputed masterpieces. All these narratives are unequivocally planian style, but each one has its own very marked characteristics; the reader will find it from the most accurate and prolific description to the most intriguing black novel, going through the ironic journey story. The text of this edition has been carefully established by Robert Gómez, under the auspices of the Cátedra Josep Pla; it's a text that we can consider definitive. On the other hand, Jordi Amat has written a presentation that clarifies many aspects of the writing of Pla's marine narratives and relates them to the reading of Joseph Conrad.

Originally published in 1945 in the Castilian language, in the middle of the post-war period and with the limitations imposed on Catalan, La huida del tiempo belongs to Josep Pla's most typical style. It is a glosa of the most relevant dates and events of our calendar in which the time that flees, away from the present and settled in Empordà region, shows us that time does not really pass, but we spend it ourselves.