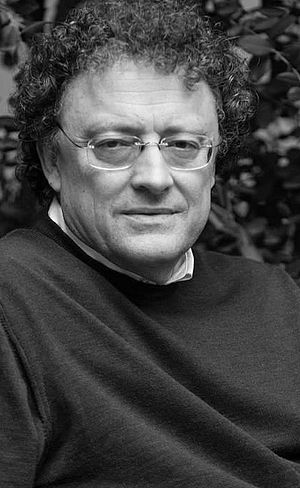 Luis Leante gained a degree in classical studies from the University of Murcia and taught Latin in rural academies and schools for many years. At the age of 20 he published his first novel, Camino de jueves rojo, a rural drama that unfolds in post-war Spain. In 2007 he won the Premio Alfaguara de Novela for Mira si yo te querré. He had already published a dozen books at that time, but it was this prize that gained him international fame and definitively established his reputation as an author.

Following the discovery of a woman’s mummified body in a flat in Collioure, in the south of France, a writer investigates some extraordinary and little-documented events that occurred in Madrid and colonial Guinea in the 1930s and 40s: the night of 14 November 1932, Civil Guard Sergeant a Castilla slit the Guinean Governor’s throat while he visited the island of Annobón, where Castilla had founded a utopian community governed by the principles of the Republic.

When Pedraza the lawyer crosses his path, both of their lives experience a rapid succession of adversities that drag everyone in. Jealousy, madness, lies and obsessions are all present in a love triangle in which fear and love are often intermingled.

A fascinating historical novel that invites the reader to reflect on the difficulty of achieving an authentic version of the past, which is always tainted by subjectivity and the Manichaeism that tends to simplify history.

Ten years after the accident that killed his partner, Matías comes across an investigation that she had left unfinished. It was a historical review of the anarchist bomb attack on the Corpus Christi procession in Barcelona. Committed in 1896, it resulted in numerous deaths, lots of wounded, and brutal repression that plunged the city into terror and chaos. Matías decides to reopen the investigation by following the trail of the man regarded as the perpetrator of the attack. The story of his cursed, fast-paced life will leave a profound mark on our hero.

Winner of the 2007 Alfaguara Prize for Fiction

When Montse and Santiago meet as teenagers in 70s Barcelona they have little idea where their summer romance will lead. After they break up, in spite of Montse's pregnancy, Santiago decides to spend his military service as far away from her as possible: in the Western Sahara, Spain's only African colony. There, he is one of the few Spanish soldiers to befriend the local Sahrawi people, quickly falling in love with their customs and culture. But the year is 1975 and the colony will not last much longer. Following the death of General Franco and the Spanish withdrawal, Santiago becomes caught up in the brutal war between the Sahrawi and invading Moroccan forces. He is entrusted with escorting a Sahrawi friend's family on an epic journey, hundreds of miles across the desert.

Thirty years later, Montse, now a divorced doctor living in Barcelona, sees a photo of Santiago carried by a Sahrawi patient. After discovering that he did not die in 1975 as she had been told and that he, like her, has lost both a child and a partner, she sets out to find him amongst the refugee camps of the Western Sahara, a journey that will prove to be every bit as dangerous as Santiago's so many years before.

"An essential novel that must be bought and read." –Almudena Grandes, author of The Wind from the East

"Wholly entertaining, a novel that hooks you in from the first line. An original and dramatic love story set in an innovative context: refugee camps in the Sahara and although it is not a political work, Leante’s testimony leaves the reader hurt, indignant and angry; the reader lives the tragedy of a people whom history has marginalized and sacrificed systematically." –Mario Vargas Llosa

"...set against one of those ongoing arenas of conflict that the media chooses to ignore - the struggle for independence of the Saharawi people of the Western Sahara first from the Spanish and later from Moroccan dominance...a necessary context to a painfully compelling story of love and loss." –Morning Star

The car was reaching more speed, and began an adventure that I never thought I would experience when I was fifteen. When you go a hundred kilometers per hour inside a car, you feel that what moves is the world out there and not you. But, when you go to a hundred and twenty and you don't have glasses because someone has shot through both lunettes, you feel like you've parachuted out of the stratosphere without oxygen cylinders. It is not vertigo, or dizziness, or panic, or pain, it is all of that multiplied by a thousand. I could not tell you the speed at which we were going, but I assure you that it seemed to me that we were about to break the sound barrier. The air rushed through the vehicle like a hurricane. For a moment I feared that the force of the gale would lift me from my seat and throw me through the hole in the rear window. "Remember, when you run away, you don't have to look back," he had told me. Hector.

Joaquín and Mario are two inseparable friends who live in Barcelona. One rainy morning as Mario's father is driving them to school, they run over a man. His name is Ahmed, and he is an illegal immigrant who refuses to go to the hospital even though he has a serious head wound. Joaquín takes him home so at least his mother, who is a nurse, can treat him. Ahmed recognizes Fatma, the wife of his best friend when he lived in the Sahara, in a photograph in Joaquín's room. That is how Joaquín finds out who his real mother is. And in that moment the boy begins a search that will lead him to discover his roots and experience his first love.

The first novel for young adults by Luis Leante, winner of the 2007 Alfaguara Prize, is a fascinating story about African immigration, cultural coexistence, and the challenges of adolescence.