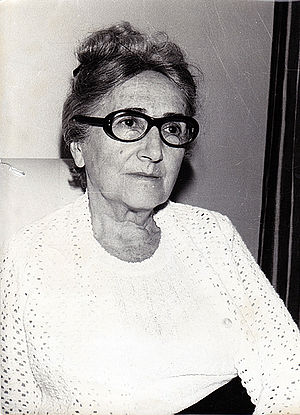 Rosa Chacel lived in Valladolid, the city where she was born, until she was nine, when her family moved to Madrid. She studied at the Escuela de Artes y Oficios and the San Fernando Art College, although she would end up dedicating her long life to writing. She was a member of the Spanish Generation of 1927, and she contributed regularly to the Revista de Occidente, which had been founded by Ortega y Gasset. In 1930, she published her first novel: Estación. Ida y vuelta. Forced into exile by the Spanish Civil War, she moved first to Paris, then to Athens and Geneva, and finally to Rio de Janeiro, where she stayed until 1972, with occasional trips to Buenos Aires and New York. That was where she produced the greater part of her work. Awarded a grant by the Fundación March, she returned to Madrid, where she lived for the rest of her life. In 1987, she was awarded the National Prize for Literature for her body of work, which includes almost all literary genres.