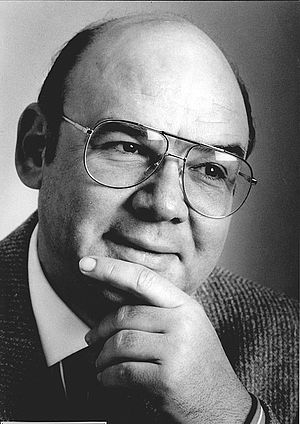 A poet from adolescence, Severo Sarduy published his first poems in the local press of the city of Camagüey. In 1956, he moved to Havana, where he studied Medicine while working on the Ciclón literary review, and later he wrote for Diario Libre and Lunes de Revolución. He went to Europe to study Art History and, after living in Madrid for a few months, moved to Paris, where he attended courses at the Louvre and the Sorbonne. In 1965 he began to contribute to Tel Quel an almost legendary Parisian review, writing about literary theory and criticism. He wrote poetry, novels and essays, without focusing on any one form. In 1972 he published the novel Cobra, which was translated into French by Phillippe Sollers –one of the founders of Tel Quel–, for which he was awarded the Prix Médicis.

Firefly (Cocuyo) is a dream-like evocation of pre-war Cuba, replete with hurricanes, mystical cults and slave-markets. The story is the coming-of-age of a precocious and exuberant boy with an oversized head and underdeveloped sense of direction, who views the world as a threatening conspiracy. Told in breathless and lyrical prose, the novel is a loving rendition of a long-lost home, a meditation on exile, and an allegory of Cuba’s isolation in the world.

“Dazzling and ultimately quite haunting … Fried has maintained the dark beauty and mystery of the work … Rich poetry, elusive plotting, and layered images make for an interesting read.” Kirkus Reviews

“Severo Sarduy has everything…so brilliant, so funny, and so bewilderingly apt in his borrowings, his derivations, as well as in his inventions, his findings, he leaves one breathless, like a shot of rum.” Richard Howard

“Sarduy rendered the epiphany of the body luminous, where the pleasure of the void meets the furious fire of the world.” The Washington Post

Maitreya continues the theme of metamorphosis of Cobra, this time in the person of Luis Leng, a humble Cuban-Chinese cook, who becomes a reincarnation of Buddha. Through Leng, Sarduy traces the metamorphosis of two hitherto incomparable societies, Tibet at the moment of the Chinese invasion, and Cuba at the moment of revolution. Transgressing genres and genders, reveling in literal and figurative transvestism, these two novels are among the most daring achievements of postmodern Latin American fiction.

Cobra recounts the tale of a transvestite named Cobra, star of the Lyrical Theater of the Dolls, whose obsession is to transform his/her body. She is assisted in her metamorphosis by the Madam and Pup, Cobra’s dwarfish double. They too change shape, through the violent ceremonies of a motorcycle gang, into a sect of Tibetan lamas seeking to revive Tantric Buddhism.

Essays by the author of Cobra and Maitreya exploring literature, painting, simulation in animals and humans as well as the ideas of Barthes, Derrida, and Kristeva.

"An important document in the history of Latin American literary criticism."Alfred MacAdam, Review