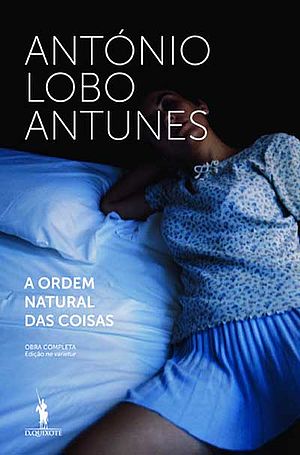 A ordem natural das coisas / The Natural Order of Things

Antunes tells the history of Portugal as “family histories, tales of power and passion, violent fathers and helpless sons” (Die Zeit, Hamburg). In The Natural Order of Things, he draws us into a labyrinth of disparate lives whose connections become clear only gradually. A diabetic teenage girl in a Lisbon apartment complex is kept awake by the whispered childhood memories of the middle-aged civil servant lover she despises. Her father, once a miner in South Africa, is now reduced to dreams of “flying underground.” An officer in the pre-revolutionary army is tortured in prison on charges of conspiracy, plagued by memories of his illegitimate sister, locked away to live as a ghost in the attic like Bertha Rochester in Jane Eyre. A secret policeman, who has abandoned his sanity to teach hypnotism by correspondence course, unwittingly holds the key to their secret histories. Rife with images of startling beauty, The Natural Order of Things attains the brilliance of Elias Canetti and Nikolai Gogol, entwining the voices and memories of its characters in a tragicomic portrait of a disintegrating society.

“António Lobo Antunes’s previous books have earned him comparisons to almost every literary master of the twentieth century—writers as diverse as Dos Passos, Céline, García Márquez, and Cormac McCarthy. This newly translated novel will likely have the same results, with Faulkner’s The Sound and the Fury the most apt comparison. Lobo Antunes has a deft touch in creating a tapestry of voices out of the jumbled interior monologues of his characters.” Review of Contemporary Fiction

“The Natural Order of Things takes its sinuous structure from the shape of the Tagus River, which purls through Lisbon and each character’s consciousness in the same way the Liffey streams through Joyce’s Dublin. . . . [Antunes] deserves a wide audience of discerning readers.” The Washington Post Book World

“A unique, masterful, highly accomplished writer . . . The Natural Order of Things is both beautiful and intelligent . . . sure to satisfy on many levels . . . a novel of technical brilliance and compelling social immediacy.” The American Book Review