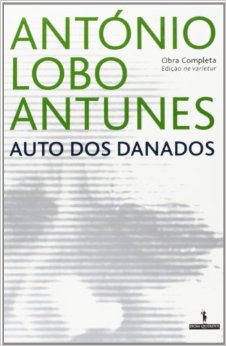 As the socialist revolution closes in, a once-wealthy Portuguese family is accused of "economic sabotage." They must escape across the border to Spain, then on to Brazil  –but the family is bankrupt, financially and spiritually. The patriarch, Diogo, lies dying, while his rapacious offspring rifle through his belongings, searching for his will. He remembers with bitterness and resignation his foolish marriage to his brother's beautiful mistress, who left him with a mongoloid daughter and a simpleminded son, who at sixty is running toy trains past his father's deathbed with the solemn self-importance of a five-year-old. Told through a rippling overlay of voices, Act of the Damned circles closer and closer to the revelation of the diabolical immorality of Diogo's greedy son-in-law Rodrigo . . . who has fathered a child of his own bastard daughter and who is closing in on Diogo's crumbling estate. In the oppressive autumn heat, the characters' schemes ebb and flow in an atmosphere of decrepit elegance, tarnished silver, and rotting brocade. When the moment of departure finally arrives, the scene shifts from chaos to vacuum and Rodrigo finds himself no longer at the center of the group but firmly, terrifyingly, outside and alone.